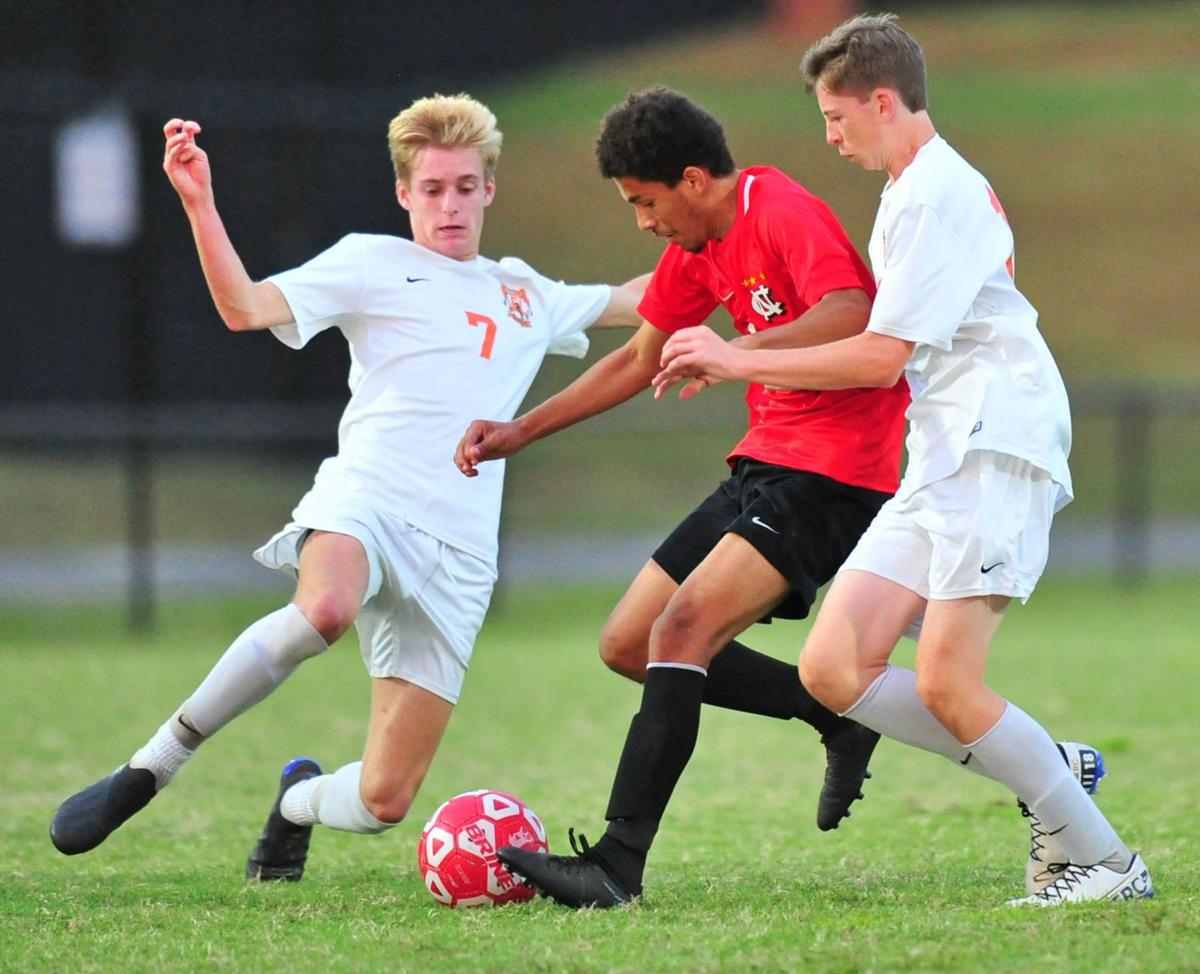 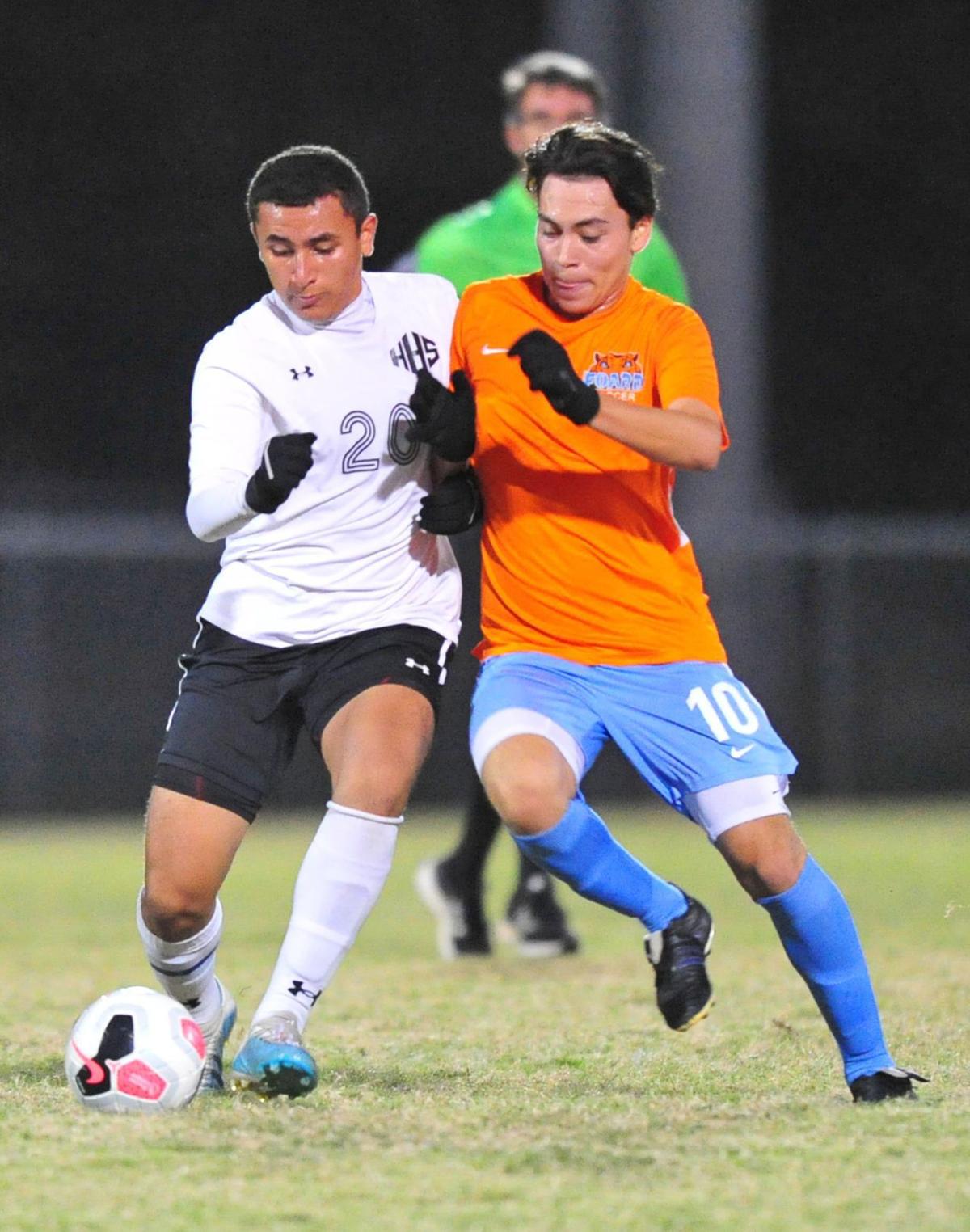 Hibriten and East Lincoln have survived the gauntlet of the 2A West Region and will now meet in the West Regional to decide which team will play for the North Carolina High School Athletic Association’s boys’ soccer state championship. As the West No. 1 seed, East Lincoln will host the regional, which is scheduled for Tuesday night at 6.

The winner will meet the East Regional champion at Koka Booth Stadium at WakeMed Soccer Park in Cary. All four state classifications will play title matches at the site either Friday night or Saturday. The NCHSAA has not announced the day or time of the 2A final.

One half of the East Regional has been decided, as No. 5 seed Holly Ridge Dixon (23-1-1) upset top-seed Thomasville Ledford Saturday night. The Bulldogs opponent will be either No. 3 First Flight (17-3) or No. 15 Thomasville (17-6-1). That match was postponed until Monday night due to inclement weather.

Can the Gilley twins be stopped? The answer to that question will determine East Lincoln’s chances of winning Tuesday’s match

After combining for 90 of the team’s 140 goals during the 22-match regular season, seniors Chase and Logan Gilley actually have increased their goals-per-game output during the playoffs. East Lincoln has scored 25 goals during the four playoff matches; 21 of them have come from the Gilley twins. They also have 11 assists.

The offensive onslaught hasn’t just come against the basement teams and lower seeds in the tournament. For example, of the 33 goals Newton-Conover allowed this season, 13 came in three matches against East Lincoln. In last Saturday’s match against Shelby, the Mustangs put six in the net against a team that had given up 18 in the previous 24 contests. Against Forest Hills, which Hibriten defeated on Saturday in the quarterfinals, six of the 24 allowed by the Yellow Jackets this year were scored by East Lincoln.

East Lincoln can play defense, as well. Backed by keeper William White, the Mustangs have 10 shutouts this season. They can get into back-and-forth shootout, as evident by a 5-4 win vs. North Lincoln during the season and the three goals allowed to Shelby. However, a fast tempo is just fine for the Mustangs.

This is the first regional final for East Lincoln.

Can anyone score on Hibriten and sophomore goalkeeper Mack Waters? The answer to that question will determine Hibriten’s chances of advancing to this weekend’s championship match.

The Panthers have allowed just 27 goals in 25 matches, two in the four contests during the playoffs. In reaching their first regional final since 2005, Hibriten shut out Forest Hills, a team that had scored 126 goals in the previous 26 matches. In the quarterfinals, Joshua Crisp scored the lone goal for Hibriten with three minutes left to provide the margin. Crisp has three goals in the last two matches.

While they aren’t on the level of East Lincoln offensively, Hibriten is not without options on the attack. The Panthers have 122 goals this season and what they are doing on offense likely will become even more troublesome for opponents the next two years. Over the five players with double-digit goal totals, only one, Crisp (10 goals) is a senior. In fact, the top three scorers are two sophomores, Daniel Franquiz (25 goals) and Kevin Rios (20) and freshman Gerardo Rodriguez (19).

Only a second-half penalty kick by Hickory — a 3A quarterfinalist — in the season opener stands in the way of Hibriten entering this match as an unbeaten team as well. Given the youth of the team, this could be the start of a special run over the next several years by the Panthers.