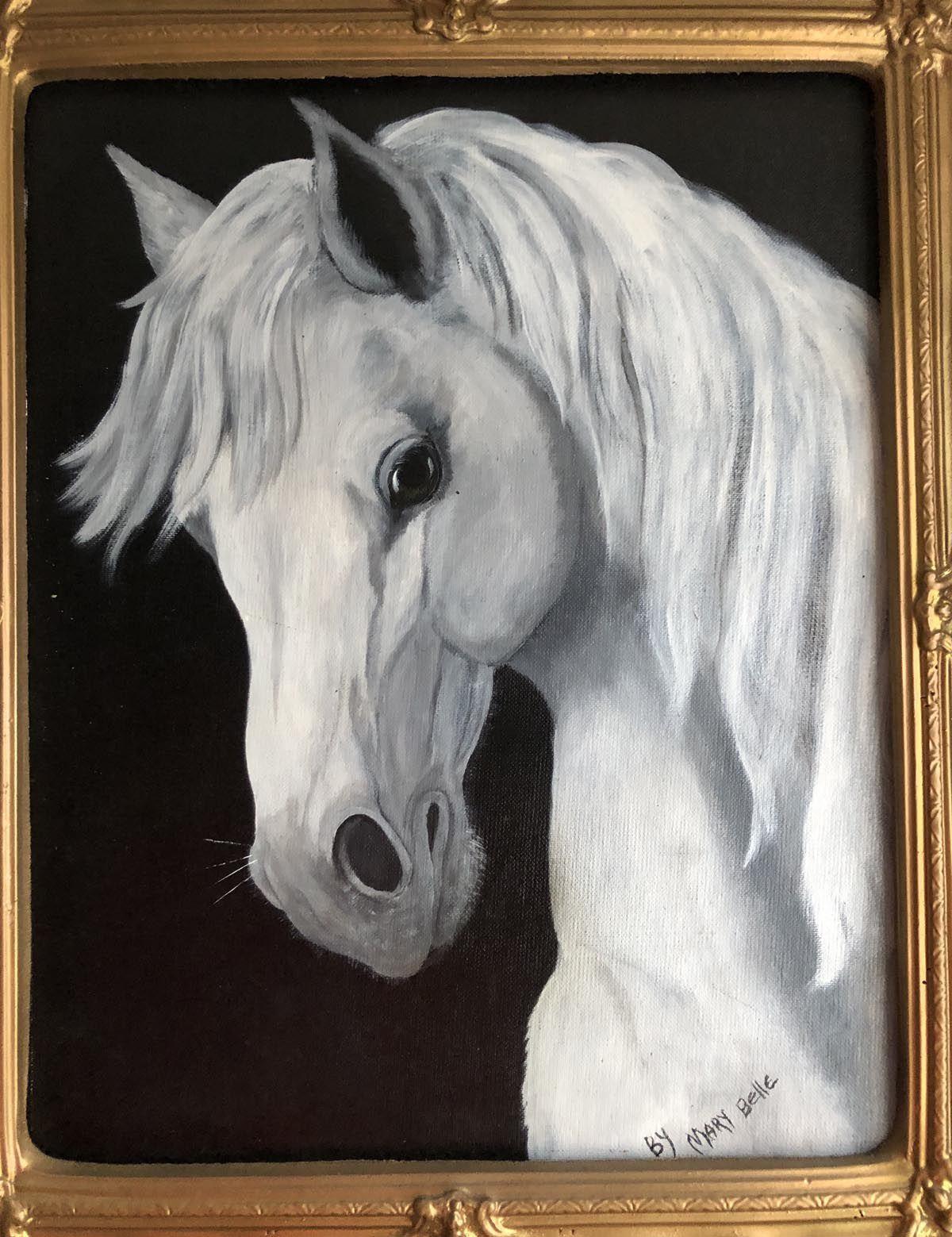 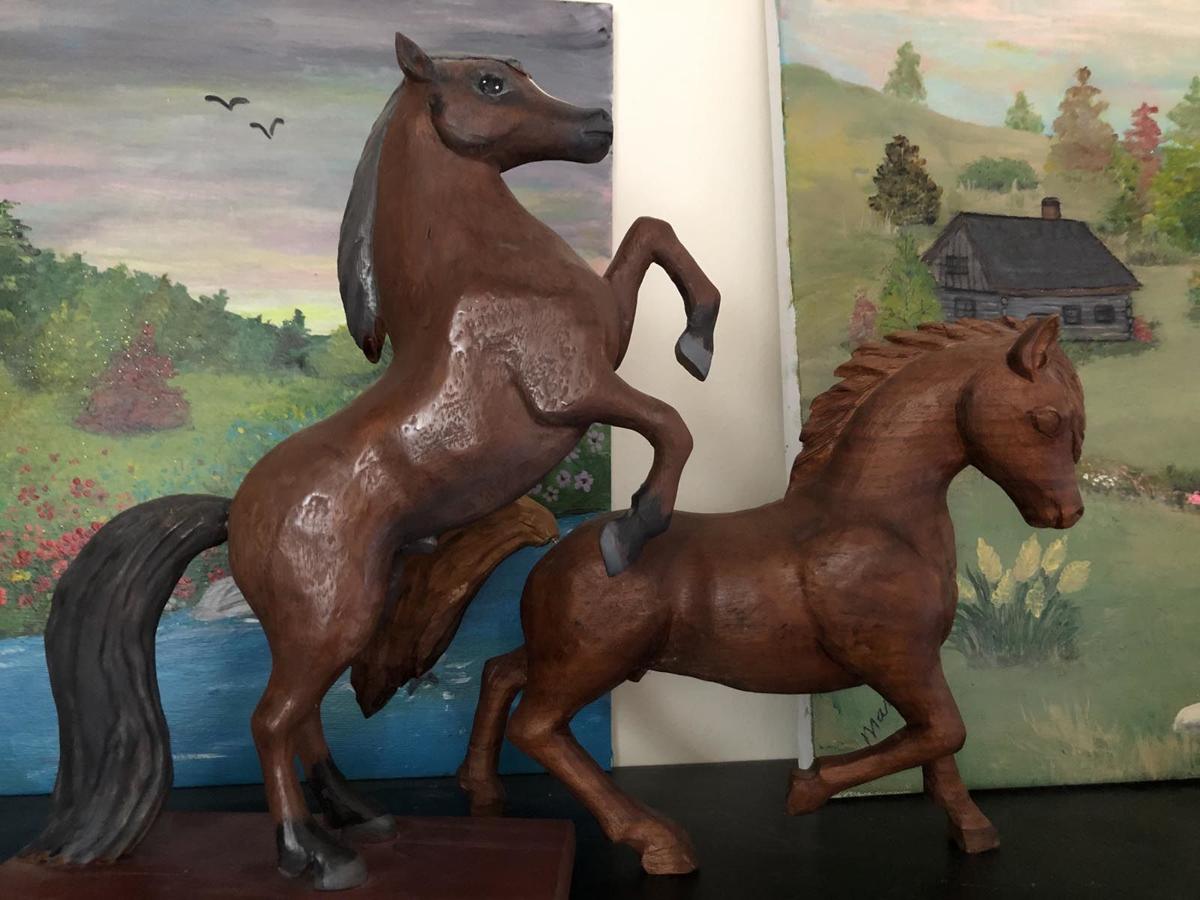 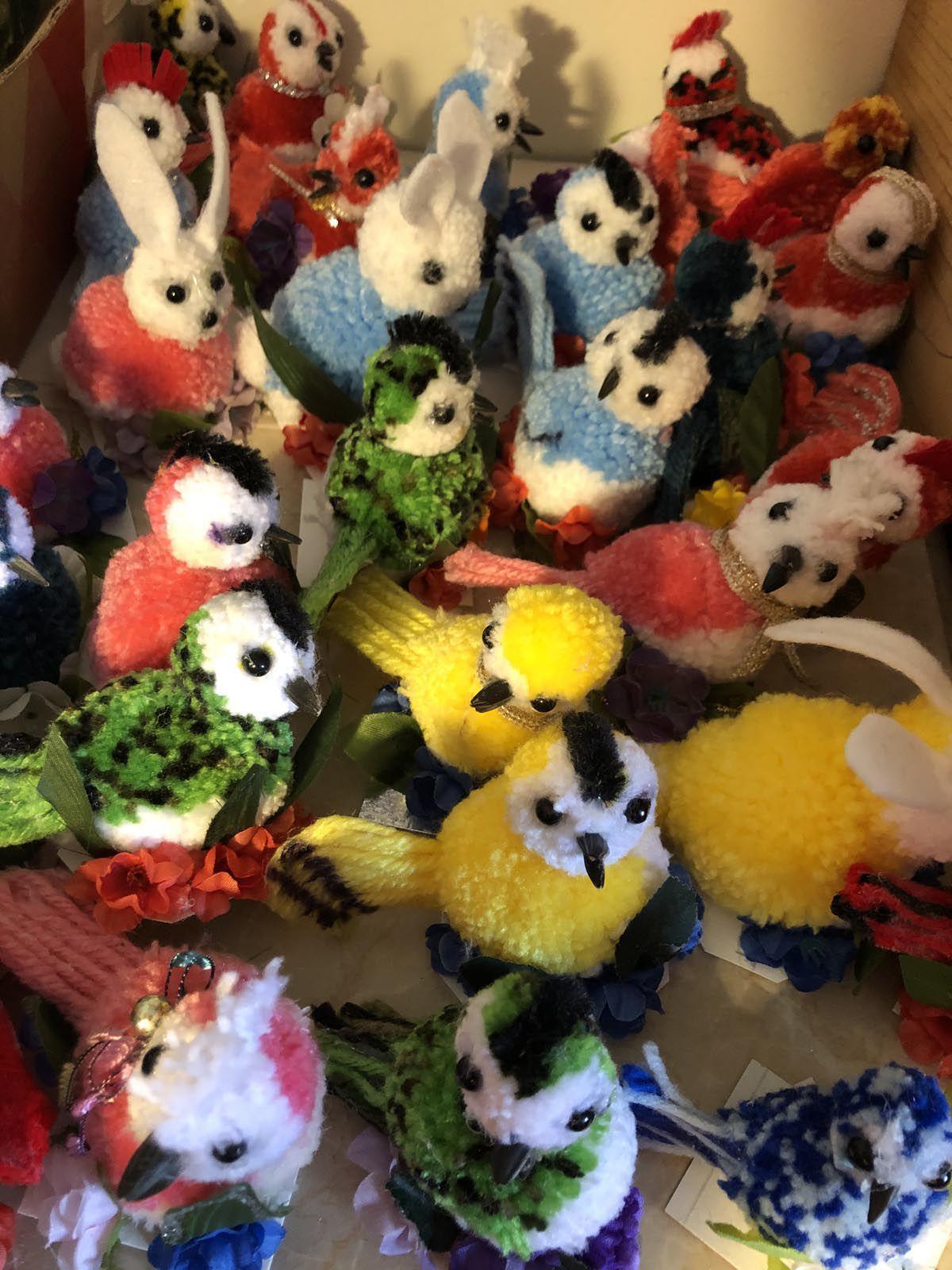 I love meeting people like Mary Belle Workman. She’s 94, and with the exception of a little slowness in her gait, she’s just as spirited, talented and busy as someone decades younger. Mary Belle lives at Kingston Residence, an assisted-living and retirement facility in Hickory. Don’t let that description fool you. Mary Belle, a mother and grandmother, does as much assisting as anyone hired to do so. She visits fellow residents, sings to them while playing her electronic autoharp, prays with them, and then gifts them with handmade crafts.

Since moving to Kingston, Mary Belle has given away 700 of the more than 2,000 little yarn birds she’s crafted, and she’s sent a hundred to India and that many to Ecuador by way of missionaries.

You may have become acquainted with Mary Belle at the Hickory Museum of Art, where some of her work was exhibited July 10-Aug. 18: paintings, carvings and so forth. Word has it that people were especially impressed with her carving of Noah’s Ark with 41 sets of animals — all of which she hand painted. The self-taught nonagenarian is also a writer and illustrator, poet, singer and songwriter.

“I don’t stop until 10 o’clock some nights,” she said, referring to how busy she keeps herself — crocheting, painting, writing.

I could continue listing Mary Belle’s abilities and accomplishments, but I need to move on to the day I met her. I’ll start with what I saw.

First, there was the woman herself: smiling, lovely and stylishly dressed.

Second was her little apartment, a showplace of her numerous talents. Her paintings covered the walls, her carvings covered shelves, dozens of her colorful handmade birds perched on tree limbs.

Third, Mary Belle’s bedroom, or her “factory” as she called it. It’s chock-full of art supplies, shelves with books and manuscripts that she wrote and illustrated, and tabletops covered with the fruits of her labor, including dozens and dozens of little yarn birds, each with Mary Belle’s name and address and a reference to John 3:16 on a little paper attachment.

Now to the gracious lady herself. Before Mary Belle talked about anything or anyone, she told me about Hollie, her husband of nearly 70 years. The World War II veteran, a field medic who was wounded during the Battle of the Bulge, died in October 2018. He was 93. Mary Belle was sad that Hollie hadn’t been alive when the art exhibit took place.

The couple, both West Virginia natives, met in August 1948 “on the caboose of an old train,” said Mary Belle. Both were taking the passenger train “to go into town.” They married March 20, 1949, in West Virginia. Mary Belle said she and Hollie went to the local pastor’s house. His wife and two children were the witnesses. “Hollie paid him $5 and we left.”

“Boy, Hollie was handsome,” Mary Belle announced with a smile.

I saw a picture of her as a young woman. I can imagine Hollie saying, “Boy, Mary Belle was pretty.” She still is.

From speaking about Hollie, Mary Belle turned to reminiscences of her family in rural West Virginia. “Daddy showed us how to carve a bug out of wood,” said Mary Belle, who said she’d always loved nature and learned about it “through experience.” One of those experiences was learning which wild greens were edible, finding them and picking them for family meals.

“Daddy was a hard worker, and he could make something out of nothing,” Mary Belle added. The man had a mind for mechanics. He constructed a sawmill, farmed and operated a gristmill. “People paid him with meal after he ground their corn.”

Another family moneymaker was when Mary Belle’s mother dug ginseng root in the woods and dried it. When she had at least a pound, Mary Belle’s father carried it 12 miles to sell at a country store.

The family was poor, but listening to Mary Belle left me certain that her parents and seven siblings made up for material things with love and ingenuity. “We didn’t even have pencil and paper,” said Mary Belle. “We’d find rocks in the creek and use them to write on other rocks.

“We learned to entertain ourselves.” Every sibling found joy in art and music. When it was too cold to be outside — even too cold inside — Mary Belle’s mother gathered her children “under the covers,” she said, “and taught us about musical notes.”

Though it never succeeded, life did its best to break Mary Belle’s family’s spirit. When she was 5, their home burned. Mary Belle vividly recalled having just gotten a new pair of shoes, which were lost in the fire. After losing their house, the family “slept in a corncrib,” said Mary Belle. Against the corncrib, her father constructed a lean-to with a kitchen and bedroom. Later, he built another house. “Before he got that house built, the corncrib burned,” she added.

Before I left, Mary Belle placed her electronic autoharp on her lap and played and sang “He Walks with Me,” followed by a song she’d written at age 14.

One of the last things Mary Belle said to me was, “I don’t spend much time not doing something.”

On the day previous to my trip to Kingston Residence, Mary Belle had gathered some art supplies and headed outside to Kingston’s yard to paint a metal butterfly lawn decoration that was rusting. Like I said, Mary Belle Workman spends more time helping than being helped. She’s both an inspiration and a good example of why it’s folly to think “aging” is synonymous with “stopping.”