NEWTON — The search warrants executed on the Catawba County Sheriff’s Office and its Narcotics Division in regards to former employee and current sheriff’s candidate Jason Reid were unsealed Friday afternoon.

In the document asking permission to search both locations, the warrants revealed Reid could face charges of stalking, cyberstalking and willfully failing to discharge duties, which all are misdemeanor charges.

Superior Court Judge Jeff Carpenter decided to unsealed a redacted version of the warrants after the Hickory Daily Record and several other local media outlets filed a motion to have the warrants unsealed.

The gag order was not lifted.

Carpenter’s decision came one day after the motion was heard in Gaston County.

In the probable cause statement asking permission to search both premises, N.C. SBI Agent C.B. Hearne wrote the following: 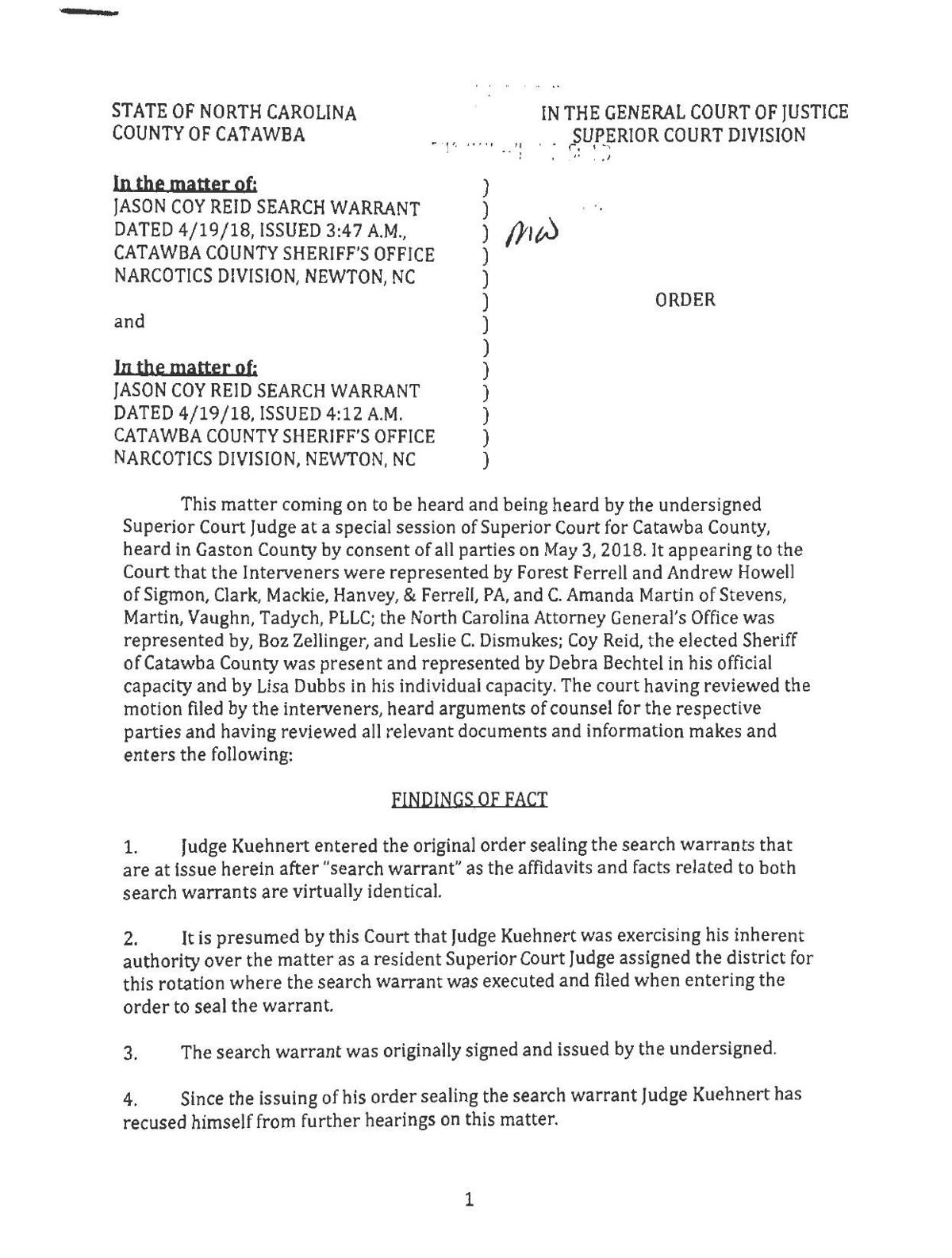 » Confirmation that Lincoln County Sheriff David Carpenter contacted SBI on Aug. 3, 2017 about a woman and her boyfriend accusing Reid of placing a tracking device on her car and texting her photos of her car and where she was located.

» Confirmation the woman is 25-years-old and was in a relationship with Reid early last year before the two broke-up in March or April of 2017. The woman told investigators she and Reid were friends until she started dating someone new in May 2017.

» The records also show that around August 2017, Reid began texting the woman with locations where she travelled, such as the mall, with his work phone.

» The statement asks permission to search the Catawba County Sheriff’s Office and the Narcotics Division, which are separate locations.

» No items were seized from the Narcotics Division.

Reid issued this statement on Friday: “My focus right now is my campaign and Tuesday May 8. My family and Christ are the only other things that exist in my life right now other than my campaign.”

Sheriff candidate Jason Reid: I had nothing to do with search warrant being sealed

Search warrants executed by the SBI on the Catawba County Sheriff’s Office were unsealed Friday afternoon by Judge Jeff Carpenter.