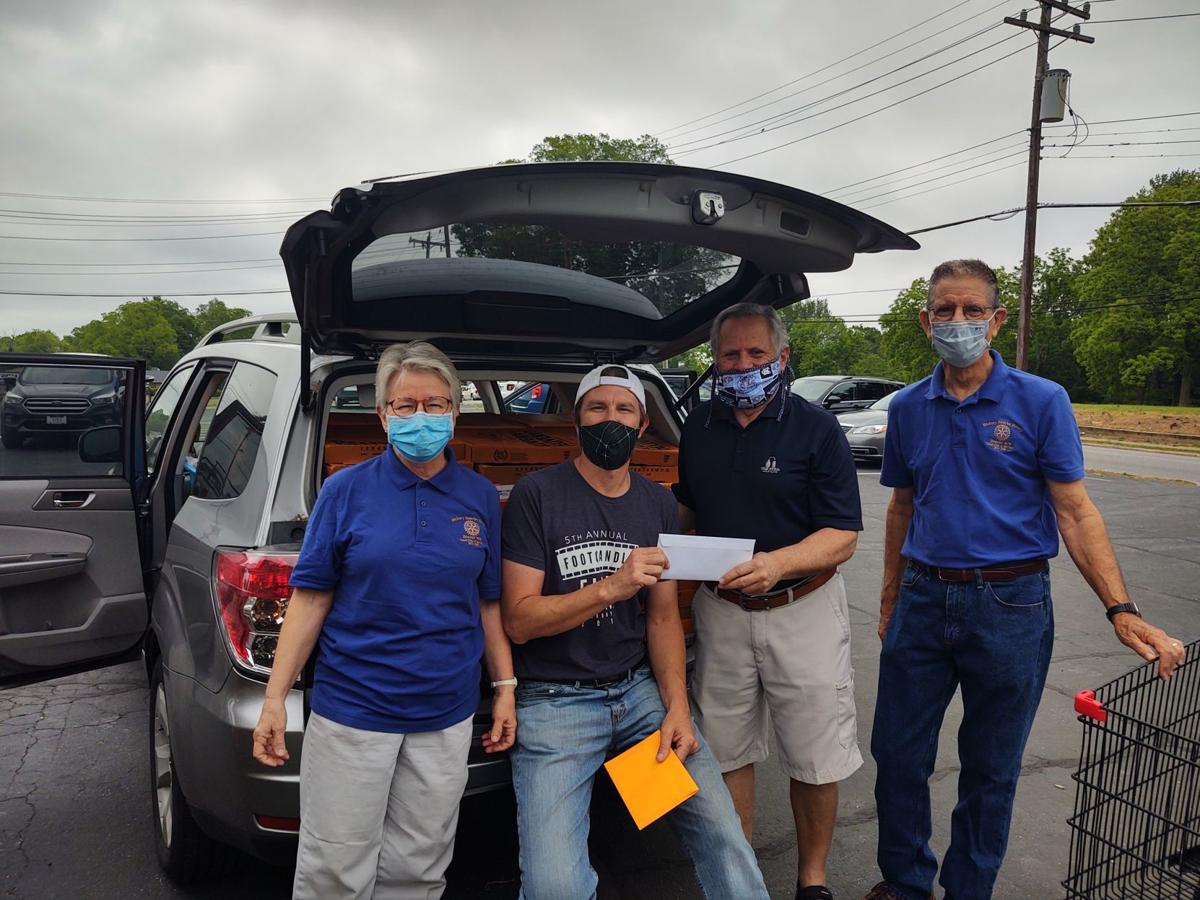 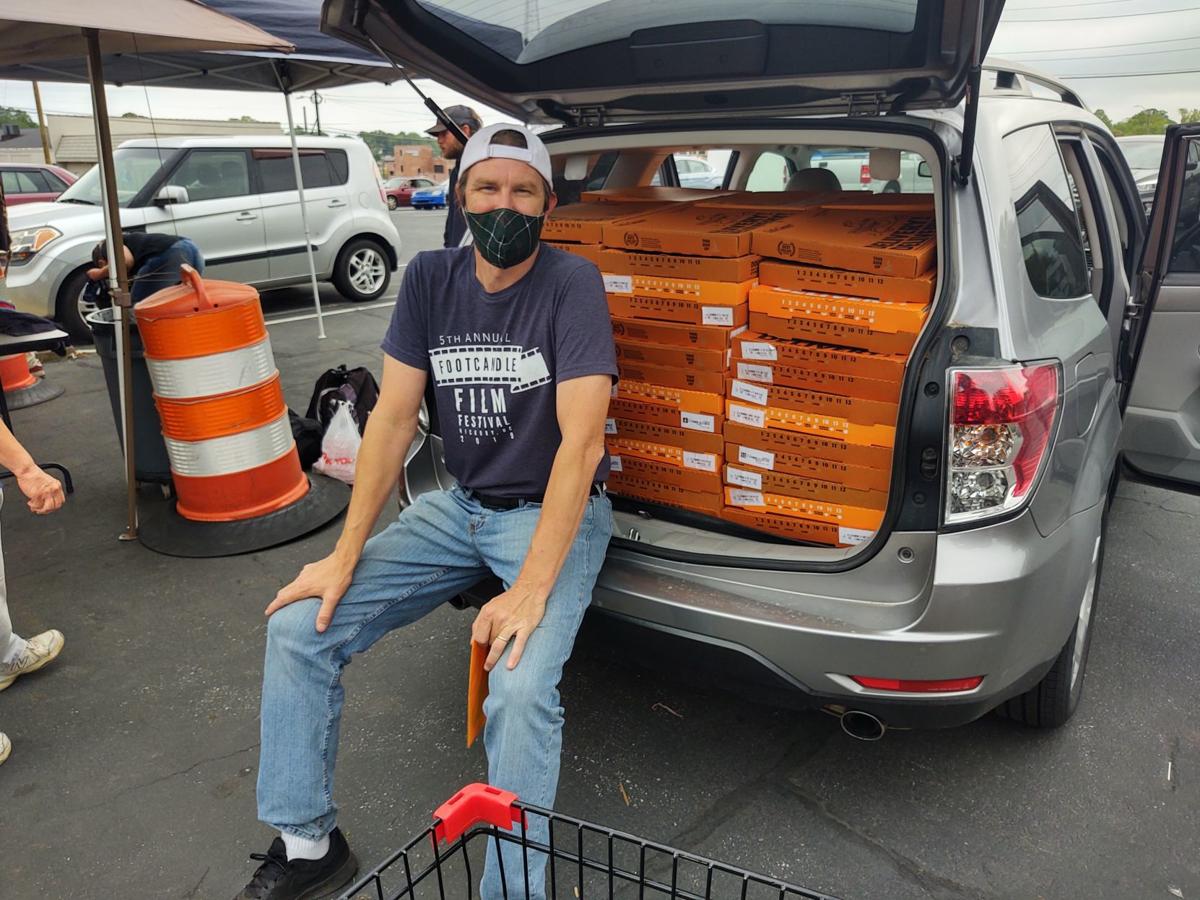 Austin Pearce and a load of Little Caesar's pizzas donated by the Rotary Club of Hickory Sunrise.

When COVID-19 hit Catawba County, the Hickory Sunrise Rotary Club was quick to recognize the extra strain that would be put on local service organizations, according to an email from the organization.

As Club President Ric Vandett put it, "The Rotary motto is 'Service Above Self,' and during this pandemic crisis, the Rotary Club of Hickory Sunrise reached out to a few local organizations whose primary function is to help those in need. Austin Pearce, director of the Hickory Soup Kitchen, let us know of the extra strain on their resources. Hickory Sunrise Rotary responded with a donation of $1,000 to help the Hickory Soup Kitchen continue its vital mission during these most difficult times. A similar amount has been donated to Cooperative Christian Ministries to assist in their great work to help our community."

Members did not limit their help to writing checks. Club member Phil Trick and his wife Bobbi have been collecting donations of pizza and other food from local businesses including Little Caesar's on US Hwy. 321 and Springs Road and Lowes Foods in Viewmont, Bethlehem and at the Belle Hollow shopping center. And they have been delivering them to the soup kitchen, the email said.

Information about the Rotary Club of Hickory Sunrise can be found at hickorysunriserotary.org and on Facebook.

Austin Pearce and a load of Little Caesar's pizzas donated by the Rotary Club of Hickory Sunrise.