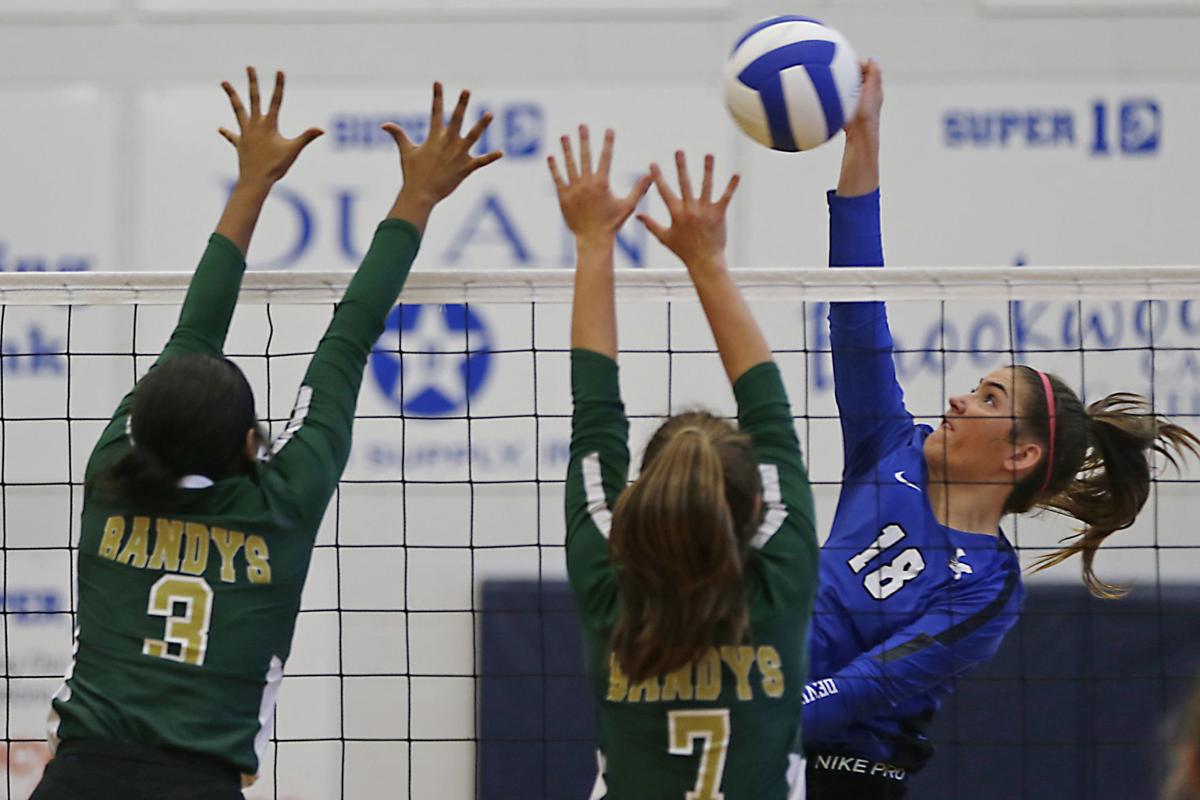 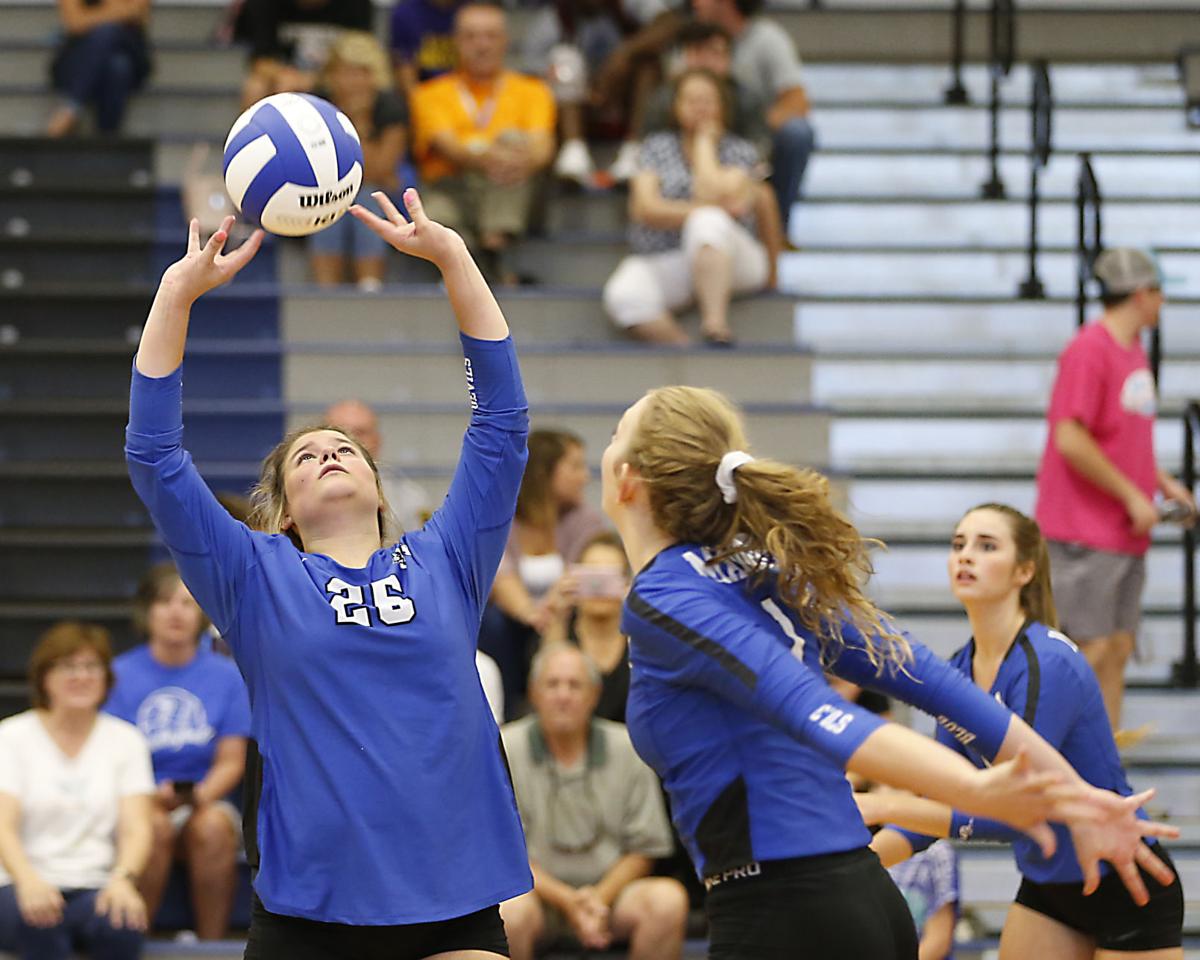 “The two games we’ve lost have been against really good teams,” Maiden coach Marsha Davis said. “When we play like we’ve been playing, we’ll be fine.”

The opening set had the Trojans in control for the first half. Bandys led by as many as five points, 10-5, in the early going.

“We need to start playing like we are comfortable being a good team, or even the best team,” Bandys coach Carlee Belk said. “I don’t think we know that. I don’t think we realize our talent. I’m hoping that soon, very soon, my girls can embrace that.”

But service issues began to plague Bandys in the first set and continued throughout the evening. Maiden took advantage of not only those points, but others of the Blue Devils’ own making. Sarah Wicker, Abbey Smith, Savannah Lail and Isabella Abernathy all found a way to score at the net as Maiden crept back to tie the set at 13-all on an ace by Wicker.

After trading points for a stretch, the Blue Devils edged ahead, 19-16, on a kill by Laura Morgan, one by Abernathy, a left-handed tip by Abernathy and a kill by Wicker.

But Bandys had another run of its own up the Trojans’ sleeves. Toriy Culliver, Madison Greene and Bailey Reynolds led the charge with big kills and Hannah Byrd’s back row shot put Bandys ahead one last time, 21-20.

But a service error by Bandys tied the score at 22-all, giving Maiden an opportunity to take advantage of Bandys errors and a by kill by Smith for the winning point in set one.

“We’ve improved our passing. It’s been our weak link,” Davis said about the Blue Devils' run of late. “We’ve improved that with each game we play. We played with a little bit more aggressiveness today too than we have been.”

The second set was a completely different story as Maiden never trailed and allowed just one tie score at 1-all. The Blue Devils scored eight straight points, seven of those with Smith serving, to take a commanding 16-4 lead. Smith dealt three aces during the run.

The second-set winner was a cross court shot by Smith.

“Just to play our kind of game, Davis said of her message to the Blue Devils between the first and second sets. “Not to get in their routine, but to get in ours.”

Maiden again took control early in the third set. Although the Blue Devils couldn’t pull away as they did in the second, they did consistently control the net by using several different players to attack the Trojans.

Six different players scored with some type of hit or block for Maiden in the third set.

“That’s been one of our goals, to do that,” Davis said about her squad’s diversified attack. “But again, it’s got to be the right pass in order to do that. It all comes back to our passing. If we do that, we’ll be okay.”

Belk lamented her team’s self-inflicted errors, especially at the service line where the Trojans missed six serves, including the game point in set three.

“We’re working on our consistency, we’re working on finding our groove,” Belk said. “We’ve got a lot of talented players, it’s just a matter of getting them in the right spots. We can’t give away points. We have to make teams earn their points.”

Culliver and Greene each came up with several big hits for the Trojans.

“We’ve got two great middles and they work hard,” Belk said. “We try to utilize them as often as we can. Sometimes we wear them out, but we can utilize them more I think.”

Maiden plays Wednesday at South Iredell before visiting West Lincoln Thursday, while Bandys will be back on its home court Thursday versus Newton-Conover.