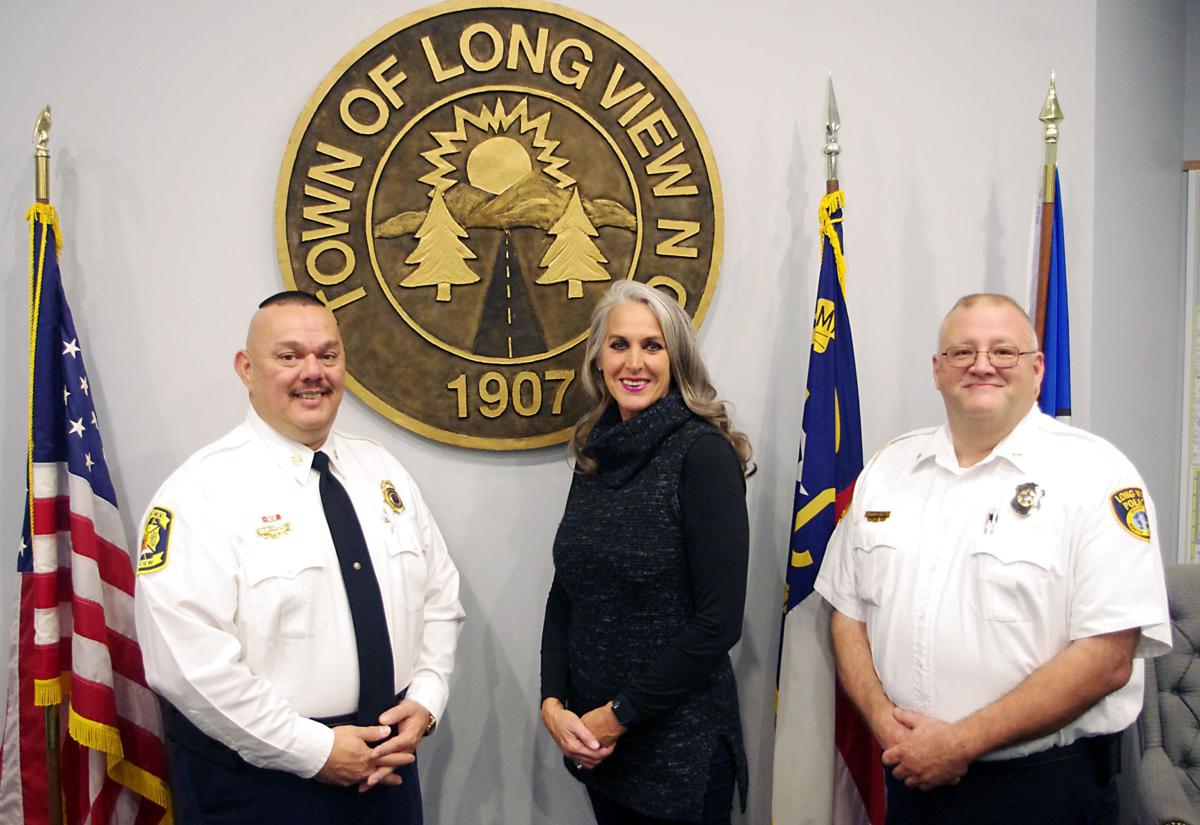 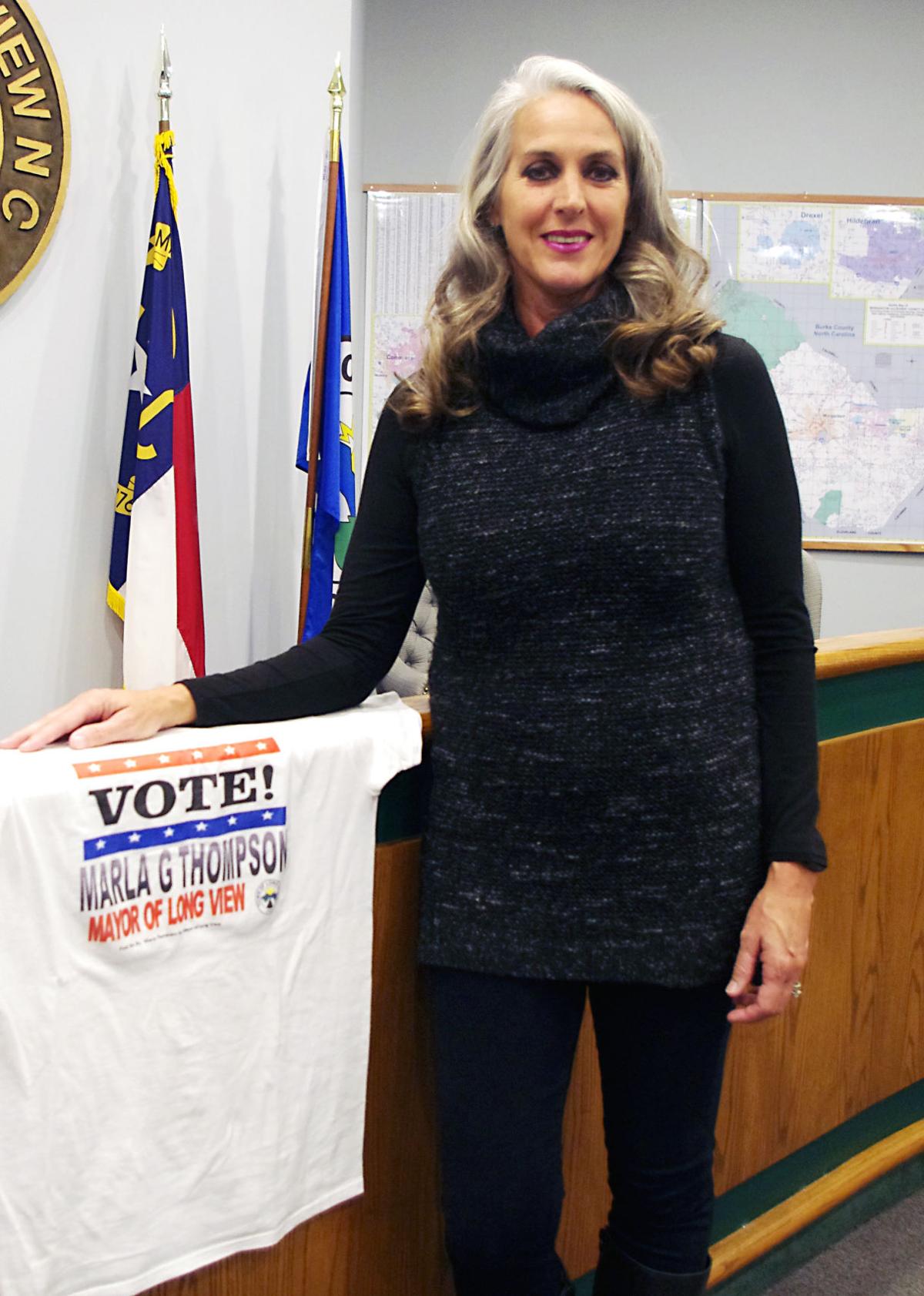 HICKORY – Just days after her election as the first woman mayor of Long View, Marla Thompson is already working to find solutions to some of the problems in her community.

Thompson has said some of her main priorities are improving the city’s economy and working to bring more police officers into the town, and she has already begun looking into grants to help meet those needs.

Thompson also said she has reached out to Hickory Mayor-elect Hank Guess on coming together to work on problems.

That proactive approach to the job fits in with the description friends and family give of Thompson.

Alex Thompson, Marla Thompson’s daughter, said in a phone interview her mother saw some things that needed to be addressed in the community and took it upon herself to address them.

“We definitely know that there needs to be a change in our community, and what better way to make that change than really doing it yourself?” Alex Thompson said.

The decision to run for mayor came after conversations with neighbors and others in the community who were dissatisfied with some things in the city, and they wanted her to run, Marla Thompson said.

Lib Johnson Hobbs, a former Long View councilwoman, was one of those who encouraged Marla Thompson.

When Hobbs met Marla Thompson about six months ago, the thing that stood out to her was Thompson’s energy.

“That woman has more energy than anybody I’ve ever seen,” Hobbs said in a phone interview.

Marla Thompson was motivated by a desire to improve the community, Hobbs said.

“She wanted to do something about it,” Hobbs said. “She didn’t just sit back and gripe. She actually wanted to make Long View better.”

Marla Thompson said she filed to run for mayor the same day the current Mayor Vernon Moyer did, though she had not realized at that time he had filed.

Marla Thompson and Moyer have been neighbors for years and are friendly.

The campaign with Moyer and Richard Poole, the other candidate in the race, was respectful, Marla Thompson said.

Throughout the campaign, Marla Thompson said she went door-to-door and passed out cards, often speaking at length with people about the problems and needs in the community.

As for her historic achievement in being elected the first woman mayor, Marla Thompson said she hopes it can raise the profile of the community and encourage others to become active in the community.

“Well, it’s great because to me… it puts a little focus on our town,” Marla Thompson said. “I hope that people will see this and say, ‘Oh this is great, good for them, and we can empower other women to get involved,’ and that’s what I hope to do because we need a lot of involvement here – community involvement.”

The job of mayor will be the first political position for Marla Thompson.

In the 1990s, Marla Thompson said she worked as an administrative assistant in the Catawba County District Attorney’s office.

Her work in that role included doing background checks and assisting with jury selection in some cases.

After leaving the DA’s office, Marla Thompson worked for an accounting firm, and then a business called Prevent, from which she was laid off.

Since 2011, Thompson has operated a woodworking business out of the garage behind her home making goods like monograms, wooden letters and door hangers.

The business has clients both in the region and out of state, Thompson said.

Aside from the economy, Marla Thompson’s top priorities include improving the roads, cleaning up the city and bringing in a family-oriented restaurant, which were all issues she heard expressed by the public during the campaign.

Another initiative Marla Thompson hopes to see develop is a women’s volunteer group that can host benefits, hold clean-up efforts and help the most vulnerable residents in the city.

“We need to be more go-getters than we have been,” Marla Thompson said. “I mean, we’ve got a great little town here, and we just want it better.”

STUMP GRINDING SERVICE NO JOB TOO BIG OR SMALL