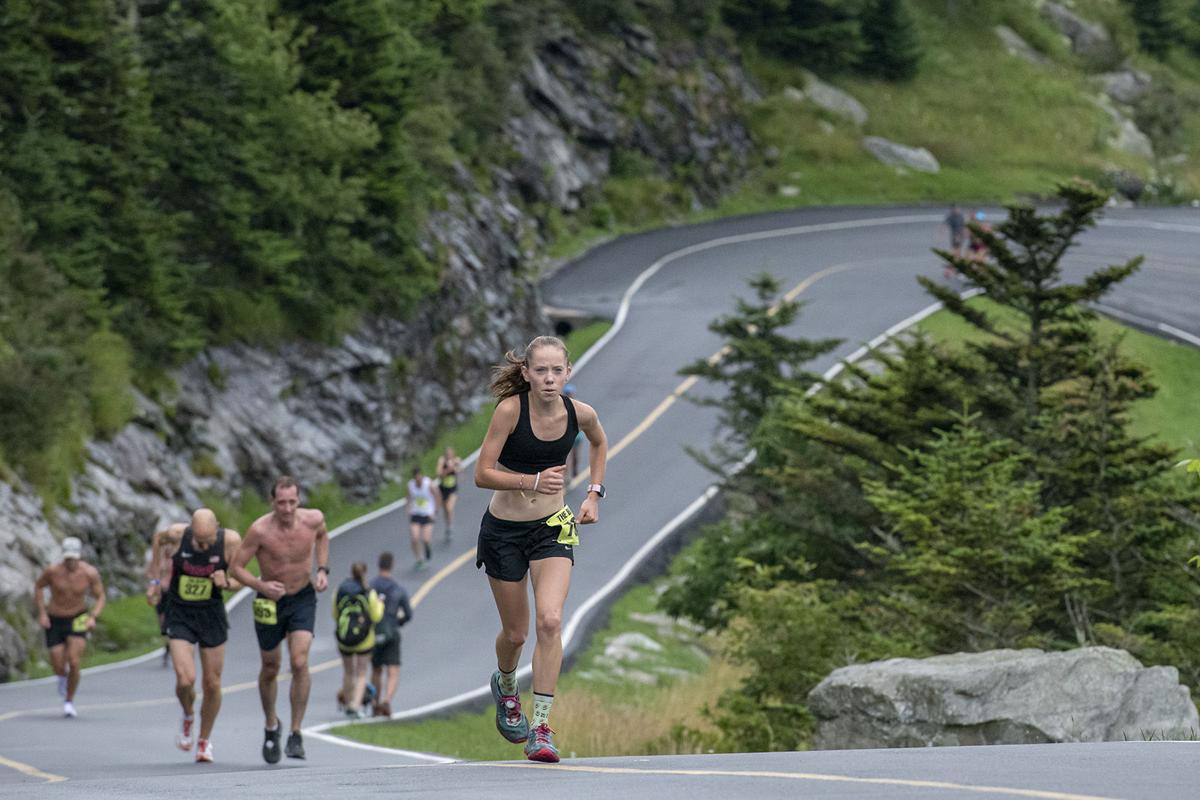 Taylorsville teen Joanna Strange leads a group of runners up the steep switchbacks at Grandfather Mountain. 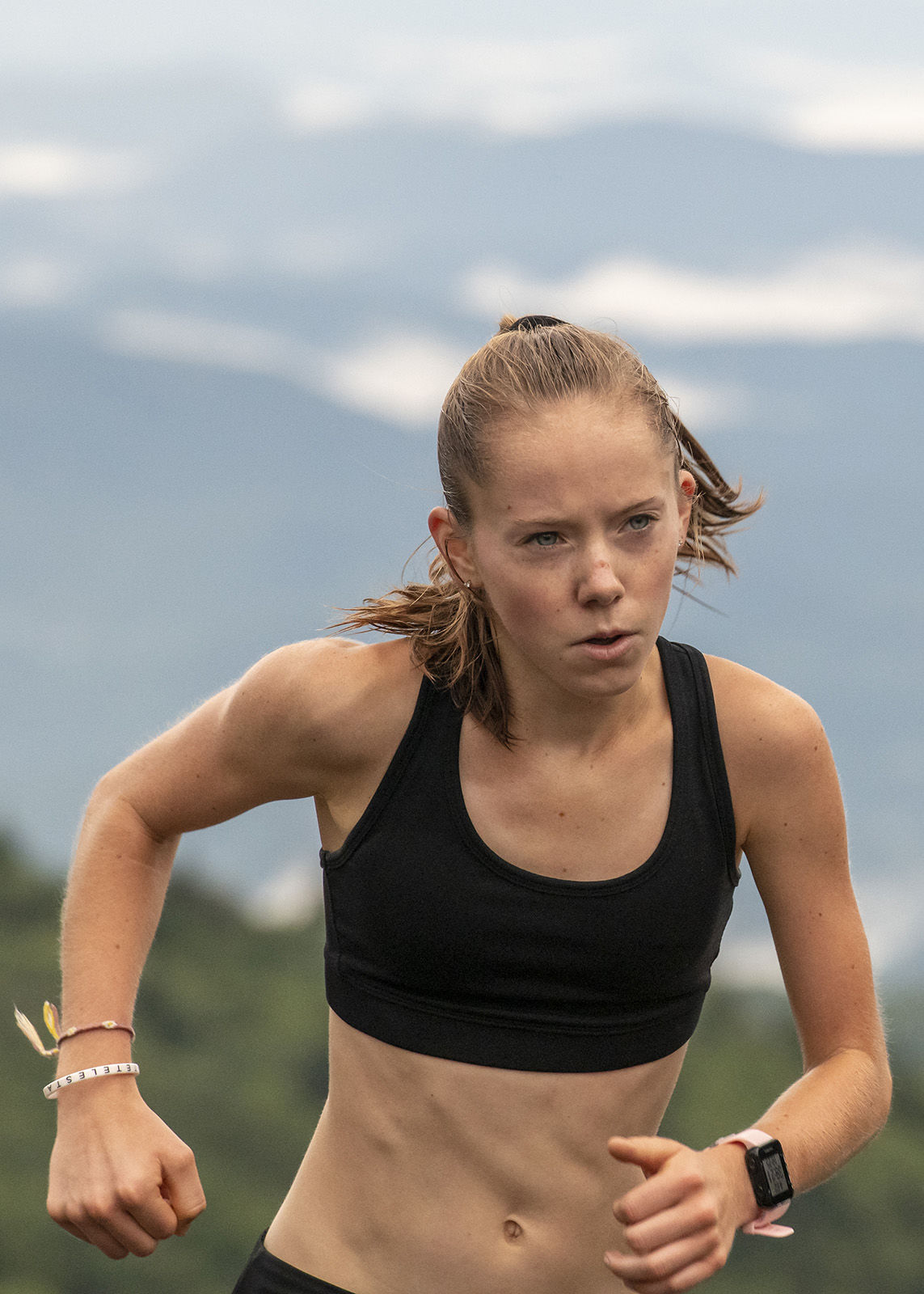 Alexander County's Joanna Strange, 18, finished second among women runners and 30th overall out of 867 runners in the uphill 5-miler known as The Bear at Grandfather Mountain.

A Taylorsville teen was one of the fastest competitors in a grueling run that climbs 1,568 feet in five miles.

Strange, who finished 30th overall, clocked in with a time of 39 minutes and 25 seconds in the competition that featured 867 runners.

“It was a perfect day for running,” race director Jim Deni said in the release, “and this is a popular race.”

So popular, in fact, that registration reached its cap in only six minutes. One of those who helped was Johnny Crain, 27, of ZAP Fitness in Blowing Rock, who came in first overall with a time of 30:58.7 — 40.3 seconds shy of his previous attempt in 2017, in which he set a historic course record.

“My fitness is not quite where it was two years ago,” Crain said in the release. “I’m coming back from a little injury — plantar fasciitis and I’ve been off and on running for about nine months now. Two days ago, one of my coaches was like, ‘Come on, why not use this as one of your first efforts back?’”

Crain couldn’t pass it up.

“It’s just so cool running through the Highland Games,” he said. “There are just so many people there … and they get so excited about it for us, and that really helps.”

While Crain was able to use previous experience of the course to some advantage, that wasn’t the case for first-place women’s finisher Joanna Thompson, 26, of Knoxville, Tenn., and ZAP Fitness in Blowing Rock. This marked Thompson’s first time on the course, the release stated, and she finished 13th overall, with a time of 36:13.1.

Also a professional runner, Thompson prepared by running a marathon three weeks ago, followed by two weeks of rest. Her favorite part of The Bear?

“The hills, man,” she said. “It’s not every day you get to run up a mountain like this. So, that’s pretty cool.”

Thompson, however, isn’t a stranger to Grandfather Mountain.

“I’ve hiked it before, but this was definitely my first time running up it,” she said in the release. “I figured since I’m kind of taking a little break right now without any major races coming up for a while that this was the best window I’d have to do this. It was a really an honor and pretty cool, because I know how big a deal this race is around here.”