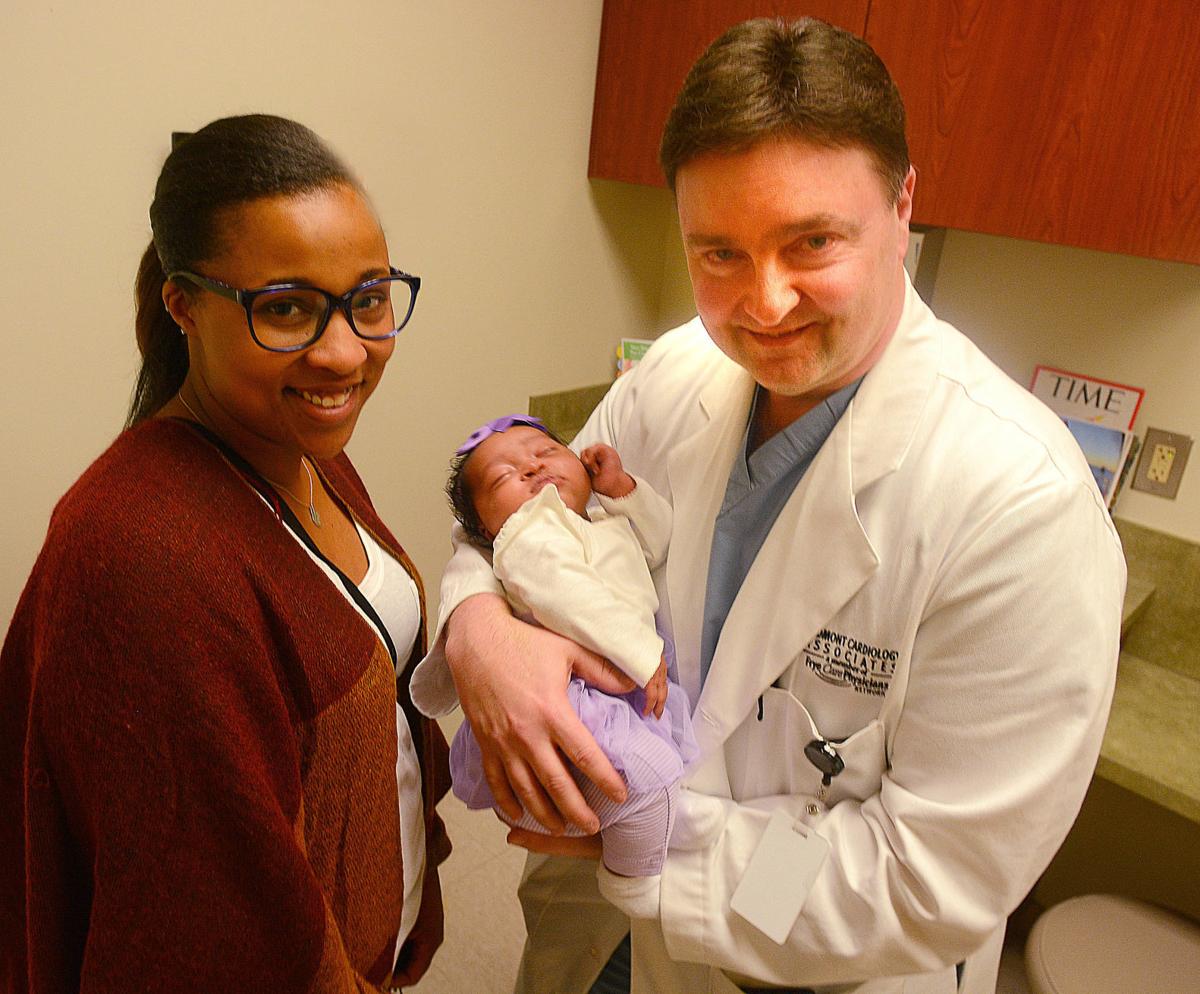 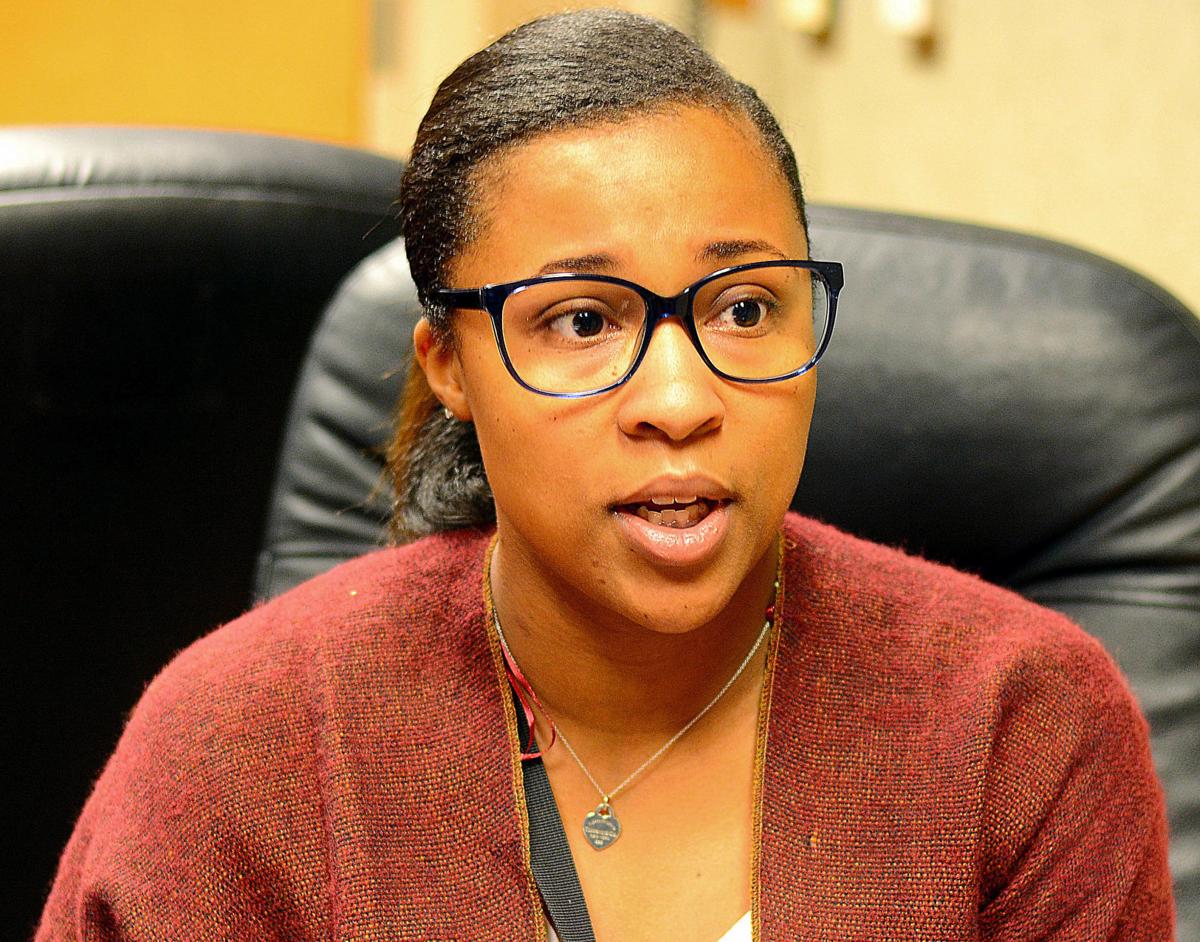 Brittany Little explains how Dr. John Morrison saved her from a heart attack while she was pregnant.

Brittany Little explains how Dr. John Morrison saved her from a heart attack while she was pregnant.

Brittany Little was with her in-laws in Morganton in early November when she found she could not catch her breath.

After taking several steps up the stairs in their house, she started breathing heavily — and couldn’t stop.

“It was scary,” Little, a Hickory resident, said. “I really couldn’t breathe.”

Little, 29 at the time, was also 34 weeks pregnant. She thought her breathing problems could stem from that, she said. Luckily, her mother-in-law suggested she go to the emergency room.

Soon after she arrived, she learned she was having a heart attack.

Her main artery was eroding in a spontaneous coronary artery dissection, which can eventually block blood flow to the heart. The condition is seen in women postpartum sometimes, but rarely while pregnant, and even more uncommonly in the main artery, Dr. John Morrison of Frye Regional Medical Center said.

Little was quickly taken to Frye in Hickory. There, Morrison and a medical team explained to Little what was happening and told her she’d get two stents placed in her heart to hold the arteries open.

“I was in disbelief, to be honest,” Little said. “I just kept thinking, ‘I can’t believe this is happening.’”

But before Morrison could place the stents, Little went into cardiac arrest five times, Morrison said. She was resuscitated with shocks from defibrillator paddles each time, the final two of which she remembers, Little said.

After one arrest, Little said she didn’t think she would live, Morrison said, but the medical team encouraged her and pushed her through.

Once the stents were in place and Little and her unborn daughter seemed to be stable, everyone breathed a sigh of relief, including nurse Jennifer Whisnant.

“After Brittany was stabilized and we heard the baby’s heartbeat, I cried,” she said.

But Little wasn’t out of harm’s way yet. She started having contractions and was transferred to Wake Forest Baptist Health soon after. There, she and her baby were under the watchful eye of their cardiac and OB-GYN doctors for five days before they decided to deliver baby Nova several weeks early.

“I felt like it was important that he was able to see what his work allowed,” Little said. “Without him, me and my baby wouldn’t be here.”

Morrison got to hold Nova at Piedmont Cardiology. She slept peacefully in a purple-and-white outfit, a big purple bow atop her curly black hair. Morrison couldn’t help but smile.

“It was great to see both of them doing so well,” Morrison said. “She (Little) is a miracle, as is her baby.”

Little is still recovering. She does light exercise during rehab to build her strength, she said. Each day, she gets more confidence in herself and her health, but she knows her life will be different now. She has to think about her health — with three children at home now — and make wise decisions to stay healthy.

“It’s just made me more aware of the unknown,” she said. “It’s just very important to me to go to a doctor if I don’t feel right now.”

Now, Little is learning how to live her new life as a heart-attack survivor at age 30.

What a beautiful baby!! So glad Brittany is doing better. I pray she continues on the road to health!

On The Level Mold & Repair Services

ON THE LEVEL MOLD & REPAIR SERVICES