The warrant says Balls Creek Campground was searched after the Catawba County Fire Marshal’s Office received information that the fire may have been intentionally set in retaliation to an incident that occurred at a Bandys versus Maiden high school football game the Friday before the fire. 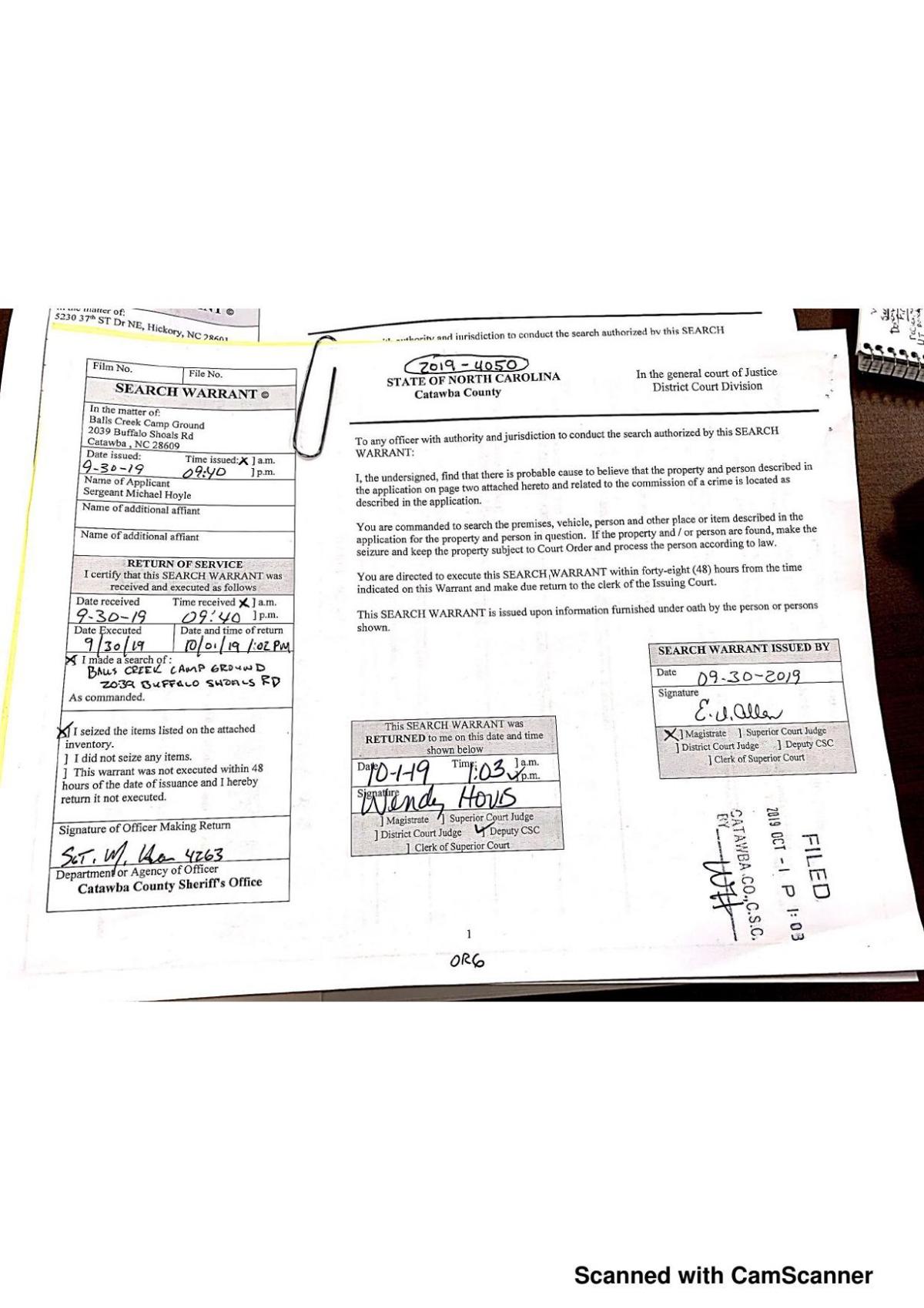 The blaze destroyed 40 tents, or cabins, and damaged nine others. No one was injured.

The task force is investigating this allegation, which as of the time of this release, has neither been corroborated nor refuted, a press release from Catawba County stated.

Catawba County Sheriff Don Brown said in a statement that several students from both Bandys and Maiden high schools were questioned and deemed to have no involvement.

To date none of these leads or allegations have been substantiated, Brown said in the statement.

Matthew Stover, superintendent of Catawba County Schools, said in a press release that he has no knowledge of any incident that occurred at the Bandys and Maiden football game.

“Catawba County Schools has no information regarding any evidence that has been collected relating to the fire,” Stover said in the release.

The warrant says the cause and origin of the fire remains undetermined as of Sept. 30 when the warrant was issued.

The search uncovered evidence that led police to believe the fire was set intentionally, according to a previous Hickory Daily Record article.

Five cans containing fire debris from the scene were collected, according to the warrant.

The evidence was sent to be tested and could take weeks before testing is finished, according to Karyn Yaussy, Catawba County Emergency Management Coordinator.

Catawba County sheriff deputies and SBI agents conducted a door-to-door canvass Tuesday of 140 homes asking people if they had seen or heard any information connected to the fire, according to a previous Hickory Daily Record article.

Anyone with information related to this criminal investigation should call the Catawba County Sheriff’s Office at 828- 464-5241.