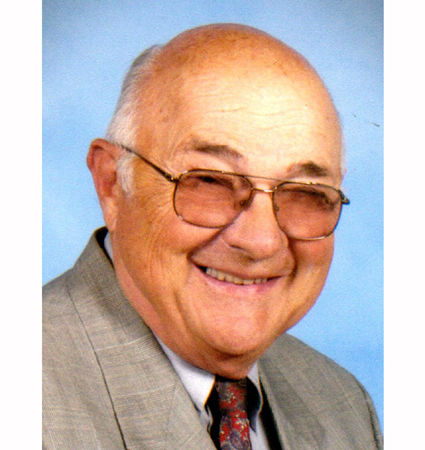 HICKORY Mr. Larry Allen Wittenberg died peacefully at his home in Hickory, surrounded by loved ones, Saturday, July 13, 2019. Larry is survived by his devoted wife, Revonda R. Wittenberg of Hickory; sons, Edward Wittenberg of Pembroke, Allen Wittenberg and wife, Kara, of Hickory; sister, Judy Wittenberg Valentine and husband, Ron, of Statesville; brother, Bill Wittenberg and wife, Julia, of Asheboro; sisters-in-law, Polly Shook of Hickory, Frances Robinson of Conover; grandsons, Gabe and Cash Wittenberg of Hickory; nieces, LeeAnna Lott and husband, Brian, of Clemmons, Polly Johnston and husband, Keevan, of Hickory, Stacey Stalvey of Hickory; nephews, Will Wittenberg and wife, Betsy, of Asheboro, Aaron Wittenberg and wife, Rhys, of High Point, Matt Robinson and wife, Elaine, of Newton, Chris Shook and wife, Linda, of Hickory; and many loved great-nephews and -nieces. He was preceded in death by his parents, Claud and AnnaLee (Bowman) Wittenberg. Larry was cared for by devoted long-term caregivers, Libby "Cookie" Brown, Loretta Hoover, Linda Matthews, Louise Branch and Joan Miller. Larry Wittenberg was born Sept. 8, 1939, in Hickory, to Claud and AnnaLee Wittenberg. He graduated from Hickory High School in 1957. He graduated from Lenoir-Rhyne University with a degree in History in 1961, and then, later in his career, from North Carolina A&T with a master's degree in Driver's Safety Education. He married Revonda Robinson of Hickory, Dec. 19, 1964. They shared 55 years of marriage, building strong family bonds with the Lord and His service always at the center. They devoted their life together as a model of Christian marriage to their children, not only influencing their biological sons, but the many, many adopted sons Larry coached and mentored. It was a lifelong dedication to this example that made their union so special. His early coaching career began at Taylorsville High School and Bethlehem Elementary School, before moving on to Carolina Military Academy in Maxton. He also had teaching and coaching positions at Scotland County High School, and then closer to home, at Hildebran High School. In July 1970, he began his most beloved teaching and coaching position at Hickory High School. While at Hickory, he served the school in many capacities. He was a history and driver's safety educator for 28 years. He was a much admired and respected football coach, as well as a track and field coach. He was coach to several individual state champions in track and field. Many of those athletes still hold numerous state records. He led the football team through many successful seasons. During his time as head football coach, his teams won three conference titles; and he was named Northwestern 4A Conference Coach of the Year on three separate occasions. He was a respected member of his community and helped to mentor, encourage, and support many of his players, both on and off the field. He will be remembered for his unyielding support and nurturing of his players, whom he treasured. After retiring from official coaching duties at HHS in 1991, he continued his coaching career at the Hickory Recreational Department, 9-, 10-, 11- and 12-year-old divisions. He led them to an illustrious 42-2 record, all the while ingraining in them the base offense of the Hickory High School football team. Several of the young boys from those teams competed on the 1996 state championship team from Hickory High School, including his own nephew, Will Wittenberg. He was a devout Christian, believing that a strong faith in the Lord was the foundation for a successful life both on and off the field. He was long-time member of West Hickory Baptist Church in Hickory, and later, Christ United Baptist Church in Long View. He served both churches in many capacities and very much enjoyed teaching his Sunday morning Bible study class for over 30 years. Larry was inducted into the Catawba County Sports Hall of Fame in 2006. Given his devotion to the sports of football, track and, especially, to all of his players, he considered this to be one of the greatest honors of his long career. Funeral services will be held at First Baptist Church in Hickory at 11 a.m., Wednesday, July 17, followed by a burial at Fairview Cemetery. The family will receive friends from 6 to 8 p.m., this evening (Tuesday, July 16), at the church. In lieu of flowers, the family asks that memorials be made to Northwestern North Carolina Fellowship of Christian Athletes, P.O. Box 2802, Hickory, NC 28603, or contact Lance Shealy by phone at 828-455-1637. Bass-Smith Funeral Home is serving the family of Larry Allen Wittenberg and online condolences may be sent at www.bass-smithfuneralhome.com. 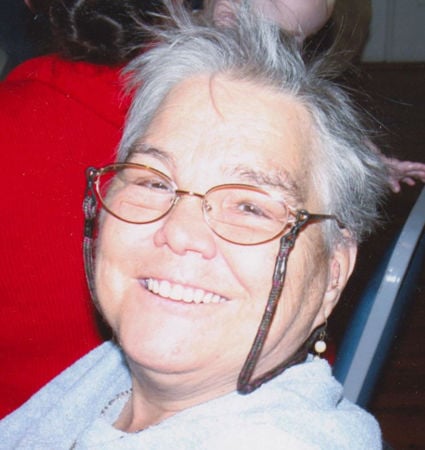 MORGANTON Nellie Rose Rodatz, 73, of Morganton went home to be with her Lord Monday, July 15, 2019, at Magnolia Lanes Rehabilitation Center in Morganton. Born on May 17, 1946, in Sandwich, Ill., she was the daughter of the late Jacob Elige and Vida Louise Williamson Rodatz. In addition to her parents, Nellie was preceded in death by her brother, Richard Louis Rodatz. Survivors include her brothers, Jacob Rodatz and wife, Martha, of Hickory, Enoch Rodatz and wife, Debbie, of Morganton; two sisters, Kay Noe and husband, Steve, of Marion, Onie Juanita Williams of Vale; and numerous nieces and nephews. In lieu of flowers memorials may be made to Magnolia Lanes Rehabilitation Center, 109 Magnolia Lane, Morganton, NC 28655. Condolences may be left at www.catawbamemorialpark.com. The Rodatz family is under the care of Catawba Memorial Park, Funerals & Cremations. 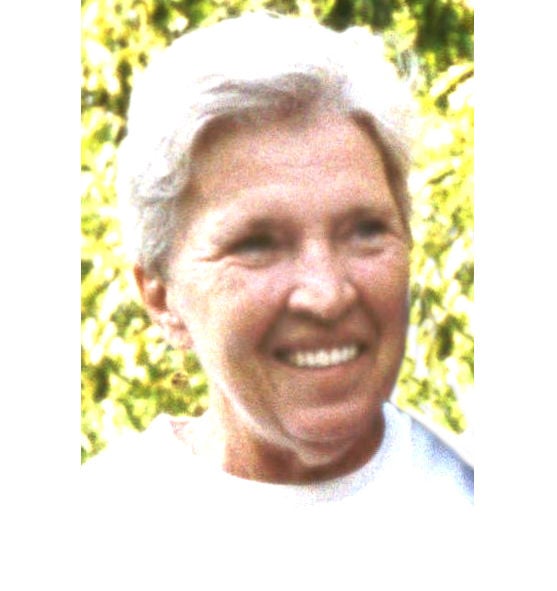 HICKORY Martha Jean Taylor Hemphill, 86, of Hickory, passed away Sunday, July 14, 2019, at Carolina Caring, after an extended illness. Born Oct. 25, 1932, in Catawba County, she was the daughter of the late Connie Brown Simpson and Clyde Taylor. In addition to her parents, she was preceded in death by her sister, Betty Jo Taylor; an infant son, Michael Dean Hemphill; and an infant great-granddaughter. Martha loved her family, the ocean, the sun, sounds of the beach, dancing, beach music and anything outdoors. She was an avid reader, and loved playing cards, especially Canasta. She served as president of the NC Women's Insurance Adjusters (local chapter). She was an insurance adjuster for James C. Greene Insurance Company for over 30 years until her retirement. She was a strong, hardworking "single mom", who made many sacrifices for her children. She was a loyal friend, an amazing mother, and will be lovingly and deeply missed. Martha is survived by her daughters, Debbie Rhodarmer and husband, Charlie, Beth Miller, and Rosa Dale and husband, Kenny, all of Hickory; seven grandchildren, Jennifer Rhodarmer Clark, Jason Lowman, Christopher Miller, Steven Rhodarmer, Glen Lowman, Patrick (Jessica) Miller and Kristina Lowman Aycock; five great-granddaughters; and 10 great-grandsons. A memorial service will be held Thursday, July 18, at 4 p.m. in the chapel at Bass-Smith Funeral Home in Hickory with the Rev. Dr. Jay Robison officiating. The family will receive friends Wednesday evening, July 17, from 7 to 8:30 p.m., at the funeral home. Bass-Smith Funeral Home is serving the family of Martha Jean Taylor Hemphill and online condolences may be sent at www.bass-smithfuneralhome.com. 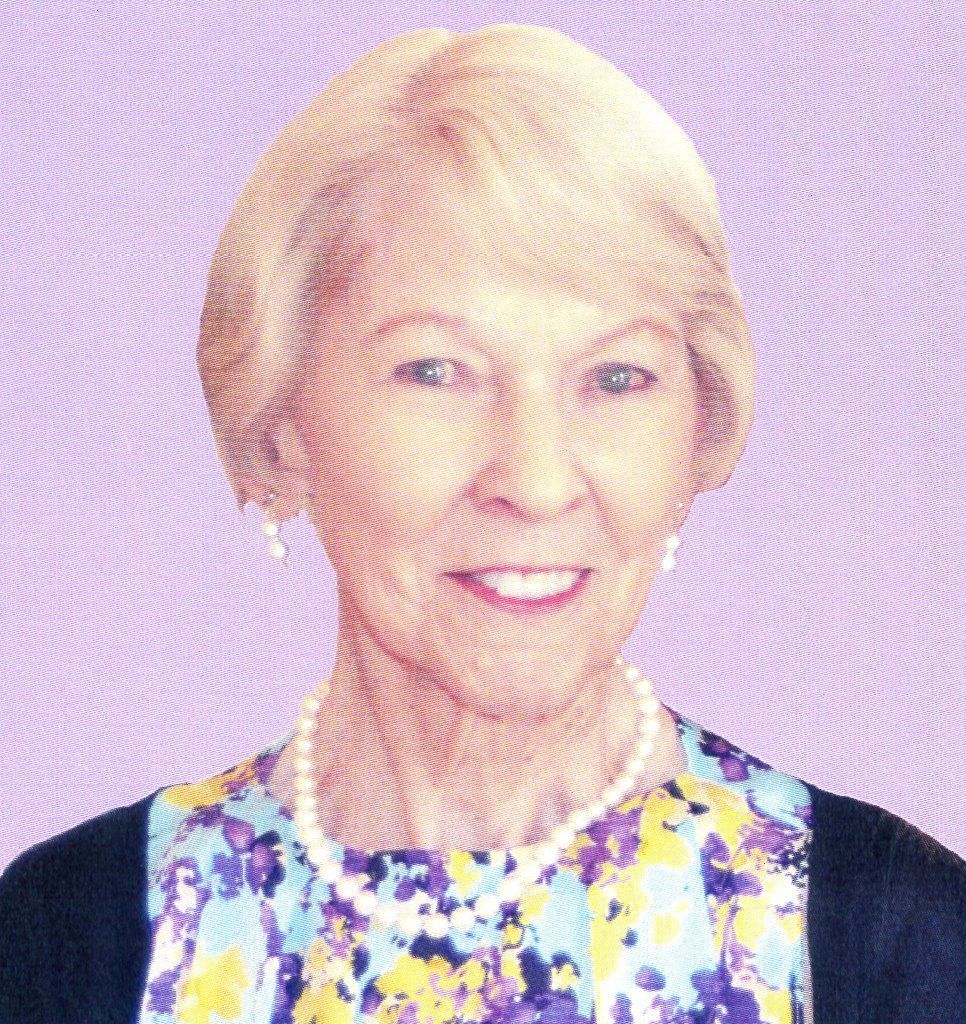 HICKORY Sandra Moore Johnson, much loved mother, grandmother and great-grandmother, died Sunday, July 14, 2019. She was born Sept. 3, 1930, in Florence, S.C., the daughter of the late John David Moore and Mickie Cleary Moore. Sandra was a graduate of Meredith College, science teacher and later a bookkeeper at Johnson Hosiery Mills, Inc. She was a member of St. Luke's United Methodist Church and a former Sunday school teacher. Sandra will forever be remembered for her gracious smile and kindness to everyone she met and interacted with in her life. She was predeceased by her husband of 56 years, J. Eulan Johnson. Survivors include a son, Jay and wife, Nancy; daughters, Jan Nomina of Charlotte, Jill Patton and husband, Rick, and Jeanne Link of Blairsville, Ga.; six grandchildren, Jen Banks, Christine Link, Jessica Haley, Justine Corbett, Tripp Johnson and Heather Link; and three great-granddaughters, Sunshine Lamontagne, Sage Gonzales, and Pheobe Camphouse. A private committal service will be held in Oakwood Cemetery in Hickory conducted by the Rev. Dr. Robert Allen Executive Director of Development for Lutheran Theological Southern Seminary and the Rev. Joe Westfall of St. Luke's United Methodist Church. The family will receive friends at Lake Hickory Country Club in the library from 3 to 5 p.m., Wednesday, July 17. The family extends a special thank you to all of the wonderful caregivers at Trinity Ridge and longtime care givers Harold Chapman and Betty Hairston. In lieu of flowers, memorials may be made to The Christian Aid Fund, St. Luke's United Methodist Church, 52 16th Ave. NW, Hickory NC 28601. Bass-Smith Funeral Home and Crematory in Hickory is serving the Johnson family and online condolences may be sent at www.bass-smithfuneralhome.com.