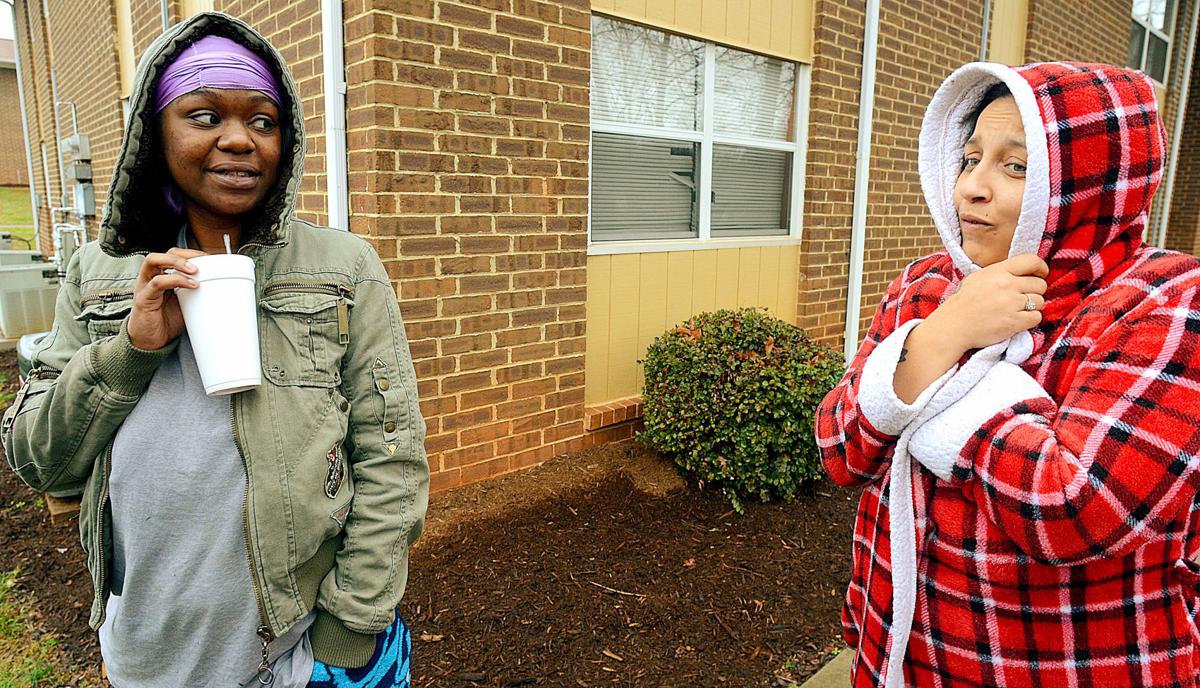 Oshia Price (left) and Cameo Smith, residents of Silver Springs Terrace apartments, discuss hearing gunshots Thursday night. A Hickory man died in the yard of a home within view of the apartment complex. 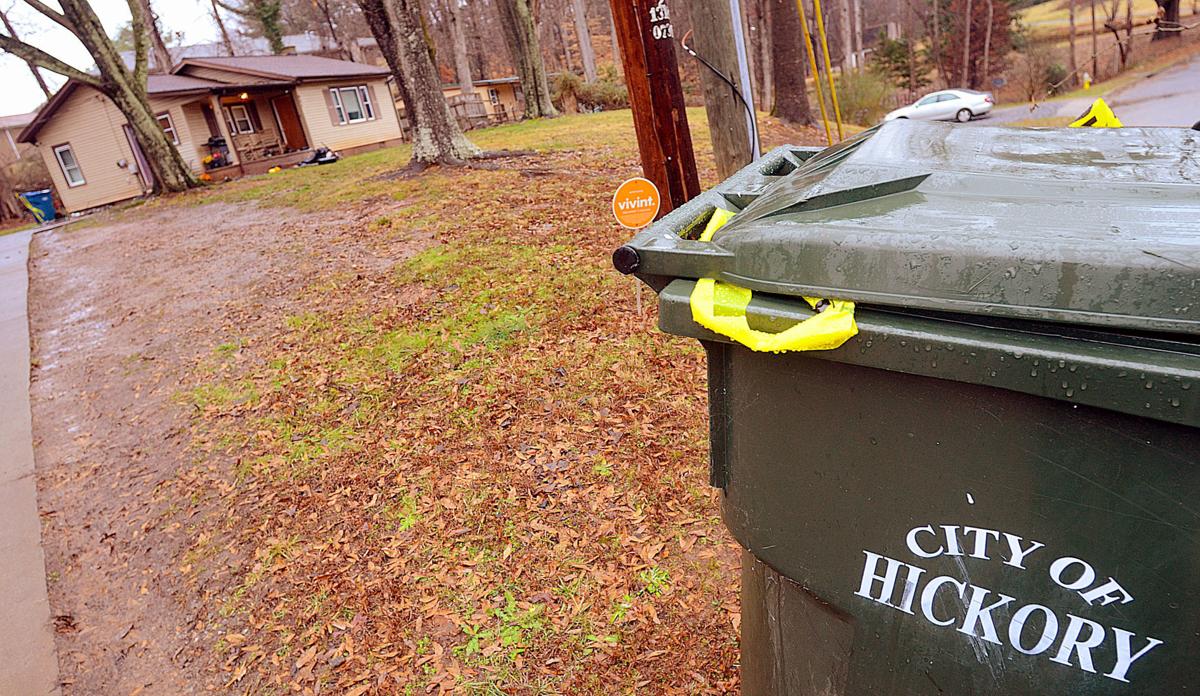 Police are investigating a homicide in northeast Hickory that took place Thursday night. Here, crime scene tape is seen hanging from the trash can.

Oshia Price (left) and Cameo Smith, residents of Silver Springs Terrace apartments, discuss hearing gunshots Thursday night. A Hickory man died in the yard of a home within view of the apartment complex.

Police are investigating a homicide in northeast Hickory that took place Thursday night. Here, crime scene tape is seen hanging from the trash can.

Oshia Price and Cameo Smith took their children and hit the floor when they heard gunfire and a person screaming Thursday night.

The two live in the corner apartments at Silver Springs Terrace just behind the house at 941 22nd St. NE.

On Thursday night, the house was the scene of a shooting that took the life of 23-year-old Andres Osvaldo Moscotte.

The two women, along with their children, were in a second-floor apartment just up the hill from the house when the shooting happened. The home is visible from the apartment complex.

The women said they didn’t see anything and only came out when police arrived.

“It just made me think, we’ve got kids over here,” Price said. “Our kids got to live here, but other than that, it’s just shocking.”

Moscotte’s girlfriend told police Moscotte went out Thursday night to speak with a person she described as a “stocky (black male) wearing dark clothing and a dark-colored mask covering his mouth and nose,” according to a release from the Hickory Police Department.

The girlfriend locked herself in a room after hearing the men in an altercation outside. She heard at least two people come in the home, according to the release.

After they left, she walked outside to see Moscotte on his back in the front yard.

The suspect or suspects also took Moscotte’s Mercedes-Benz crossover vehicle. The Mercedes was found abandoned following a wreck on D Avenue Southeast a little less than 2 miles from the house. The release referred to only one suspect in the case. Police believe the suspect and Moscotte knew one another, according to the release.

Lights were on in the house Friday morning, but no one appeared to be there. Cameras were visible on the exterior of the home.

When asked for additional information on the homicide, including if any footage was recovered from the cameras, Hickory Victim and Community Services Coordinator Chrystal Dieter said the police were not releasing any more information as of early Friday afternoon.

Anyone with information in reference to this case is asked to contact the Hickory Police Department at 828-328-5551 or Investigator Carlos De los Santos at 828-261-2621 or cdelossantos@hickorync.gov.