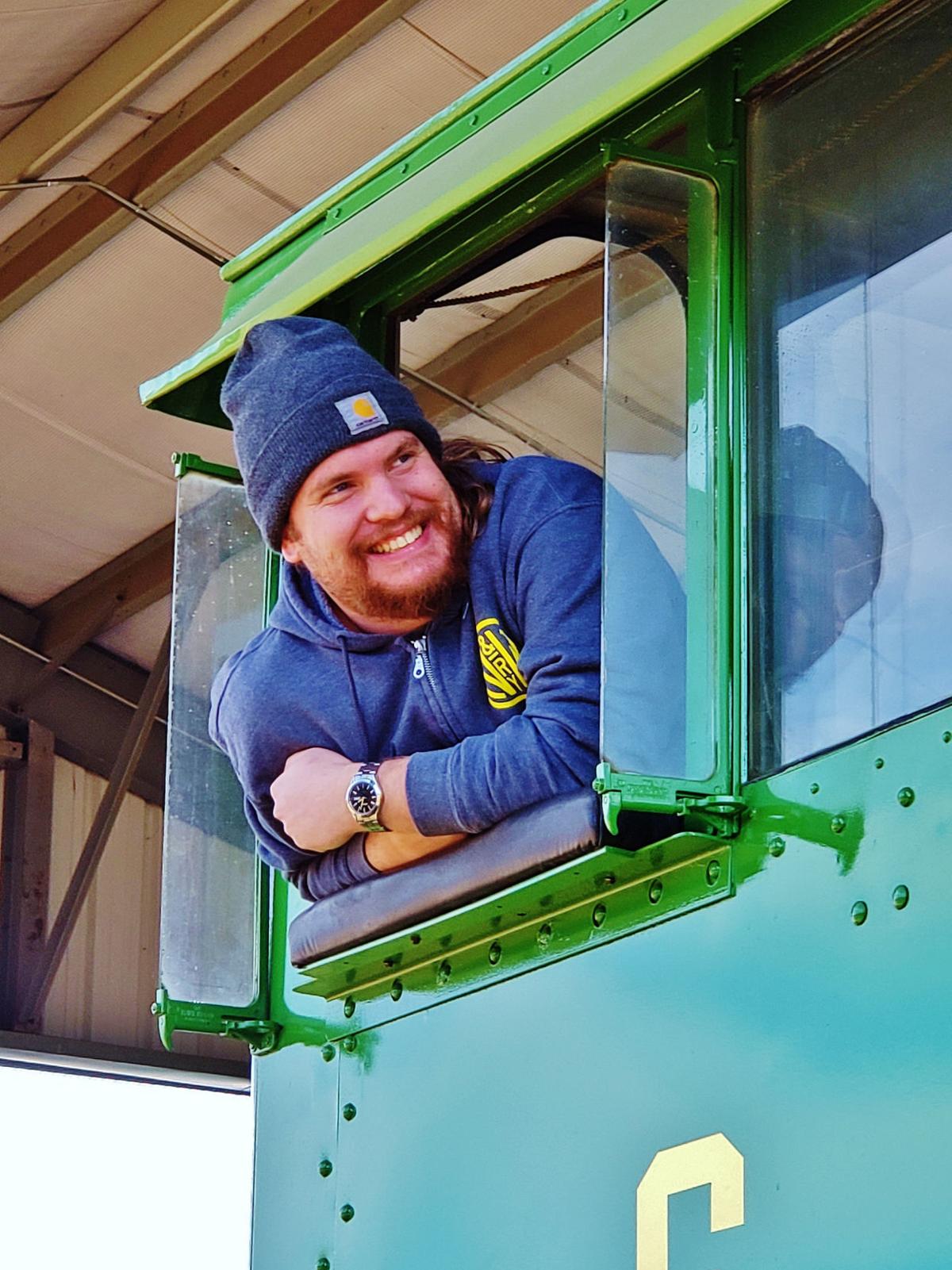 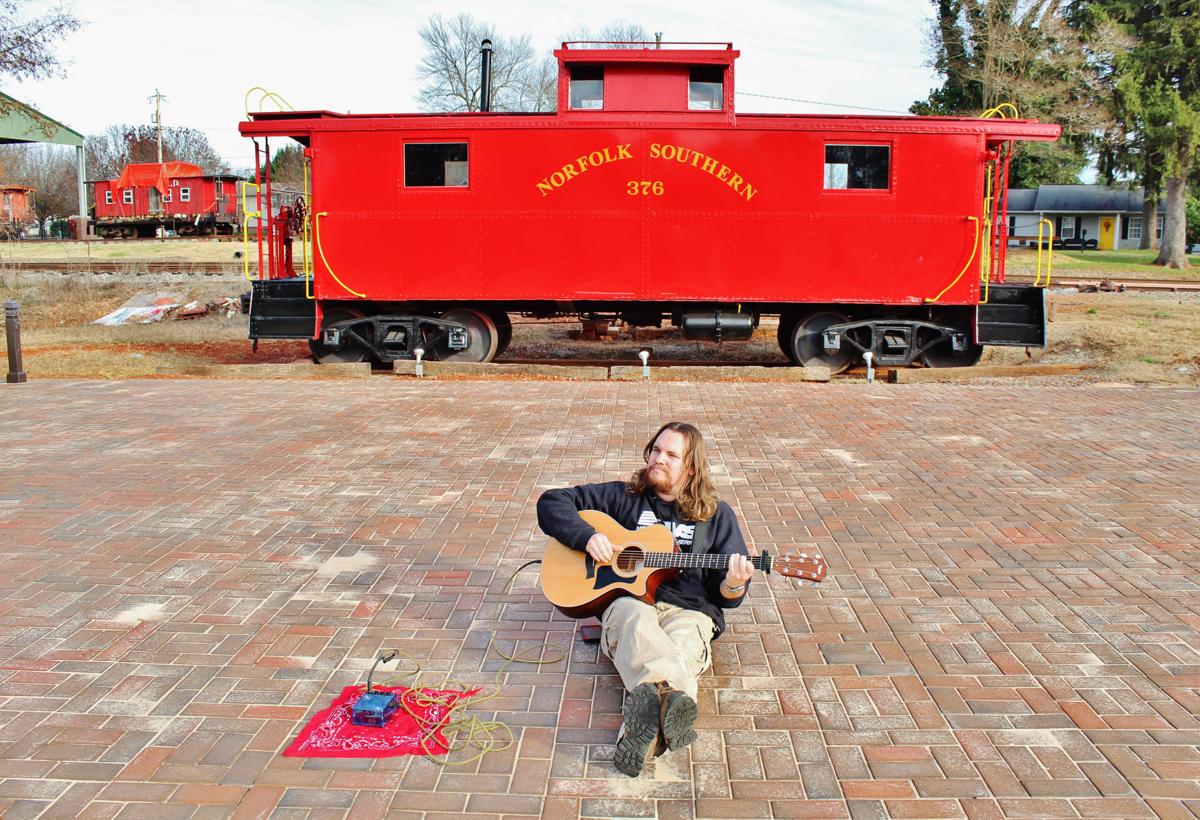 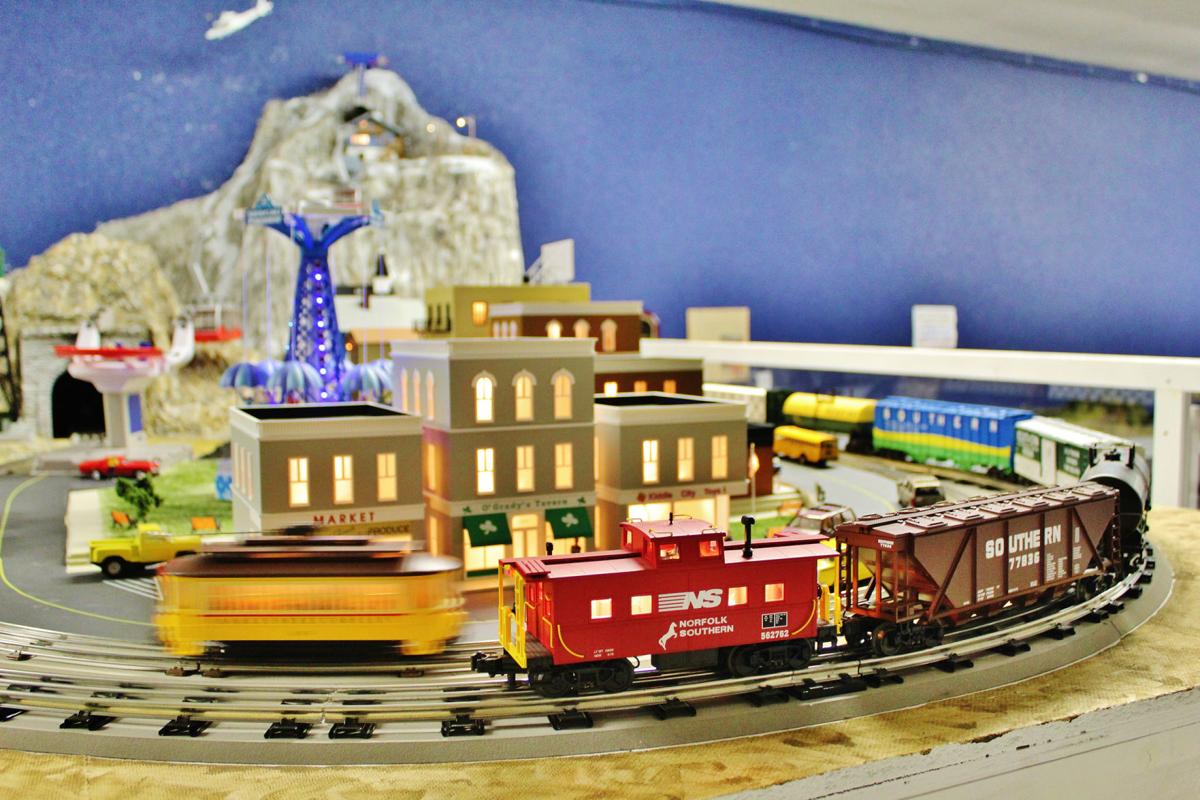 An exhibit in the Model Railroad Center next door to the Newton Depot. 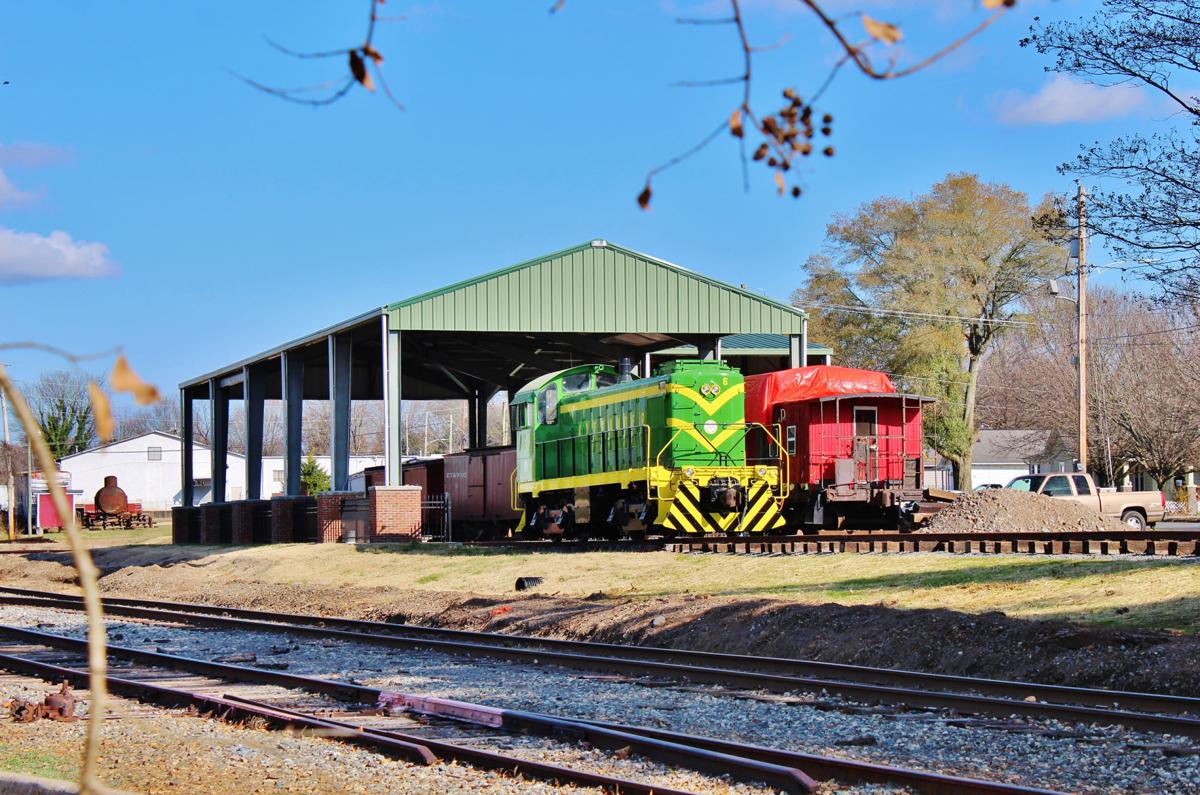 The train museum’s newest edition, a 1953 diesel locomotive, is housed in the pavilion behind the depot.

The two passions of 26-year-old James Glenn: trains and music.

I got in touch with James a few weeks ago, hoping to find out if there was anything new at the Newton Depot, centerpiece of the multi-acre Southeastern Narrow Gauge & Shortline Museum, which includes the depot, the outdoor pavilion under which rolling stock is stored, a brick plaza, and the adjacent Model Railroad Center. James is the museum’s coordinator. You can imagine he’s among the blessed few who absolutely love going to work. He’s been loco — pun intended — about trains since childhood.

I also wanted to know how James was faring in his quest to become a famous musician. He’s a super-talented singer/songwriter/guitarist. People who know James know this to be true because he isn’t stingy with his singing and strumming. He does it for multiple churches, for special occasions such as those hosted by the train museum, and for all sorts of other events.

Our conversation focused first on the museum. “What’s new at the depot?” I asked.

“The big, green diesel locomotive in the pavilion,” James responded with all the enthusiasm of a 10-year-old who’s just received a fabulous new train set.

It arrived by rail in early December 2019. “It runs!” James announced with glee. “And I get to be one of the engineers! We have to keep everything running.”

James said the museum is expecting more large train components in the near future. In the meantime, in regard to the Junebug locomotive as with all the museum’s rolling stock, “we’re going to be great stewards of the three things (the Newton Depot Authority) is focused on: keeping (the diesel locomotive) in pristine condition, promoting the history behind it, and being safe in everything we do with it.”

Our talk moved from what’s outside the museum to what’s next door at the Model Railroad Center. Always in a state of growth and improvement, the center is a place that’s fun to visit regardless of age or level of railroad fervor. James said volunteers are constantly working on the center’s model-train exhibits and are currently building an impressive layout based on the early-1950s, Statesville-to-Hickory line.

“Steam and diesel occupy the same space (in the center),” James pointed out. There are the big exhibits and then there are the little vignettes, as James called them: Thomas the Tank Engine, the Polar Express, a girls’ train that’s all pink, a Halloween train, and so forth. “I wanted a Harry Potter,” James offered, “but I lost that battle.”

There’s also a gift shop and a few low tables supporting toy-train sets that little visitors are welcome to play with.

Our chat returned to the 1924 depot, where offices, rental meeting space, and exhibits are located. James listed new items in the depot and train-related paraphernalia that’s on its way: “We’re the only museum with an exhibit on the Alexander Railroad, we’re getting maps and other artifacts from the collection of the late Tom Warlick (who served as vice chairman of the Newton Depot Authority until his death in August 2019), and we have various donated artifacts that represent local railroad history.

“We’re always getting new old stuff,” said James, who directed my attention outside again when he stated that the museum’s “brick plaza is coming to life.” It’s a brick fundraising campaign whereby interested parties sponsor a brick or two or three and have their names or the names of whomever they choose engraved on the blocks. To participate, said James, people need to stop by the depot and pick up forms.

More than a place to see great old railroad stuff, the Newton Depot is also the location of special events. Spring and fall ones are in the planning stages. A narrow-gauge flatcar is going to become a stage with a restored, early-1940s caboose as a backdrop for outdoor concerts, shows and so forth.

I can guarantee that James will be on that flatcar, singing and playing his guitar, and he’ll no doubt perform his first solo single, recorded in early December 2019. It’s called “Crazy.” James wrote the lyrics and the music. I’ve heard it. It’s really good. James said it’s on all streaming platforms: YouTube, iTunes, and Spotify.

James shared that listening to the recording for the first time was emotional for him: “To hear something you’ve had in your head a few years come to life.”

Later this month, James is heading to Nashville “to make connections and find some venues and musicians to collaborate with,” he explained. He’s already got some well-connected acquaintances in the field. I think it’s just a matter of time before I’m interviewing James about his success in Music City USA.

An exhibit in the Model Railroad Center next door to the Newton Depot.

The train museum’s newest edition, a 1953 diesel locomotive, is housed in the pavilion behind the depot.