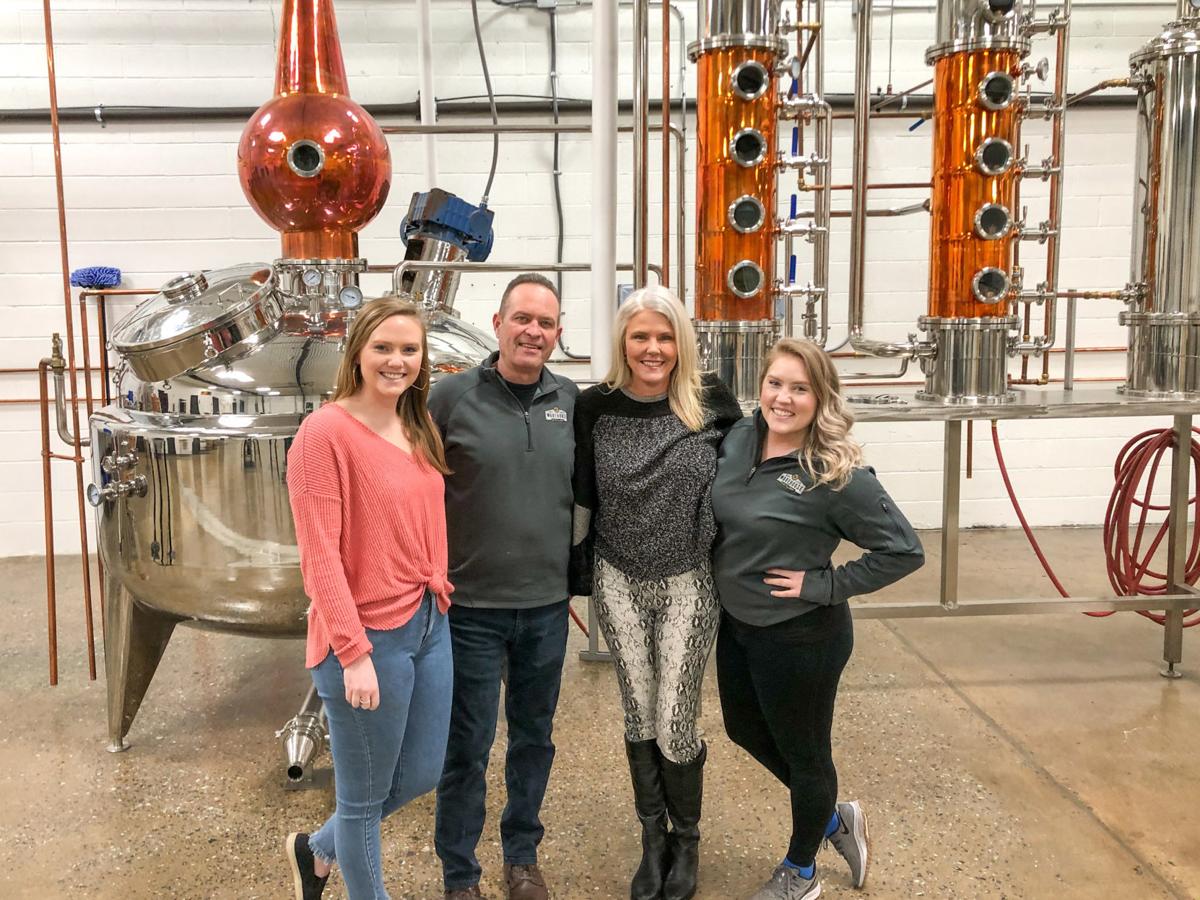 Bourbon and rye are among the liquors produced by Catawba County’s youngest distillery. 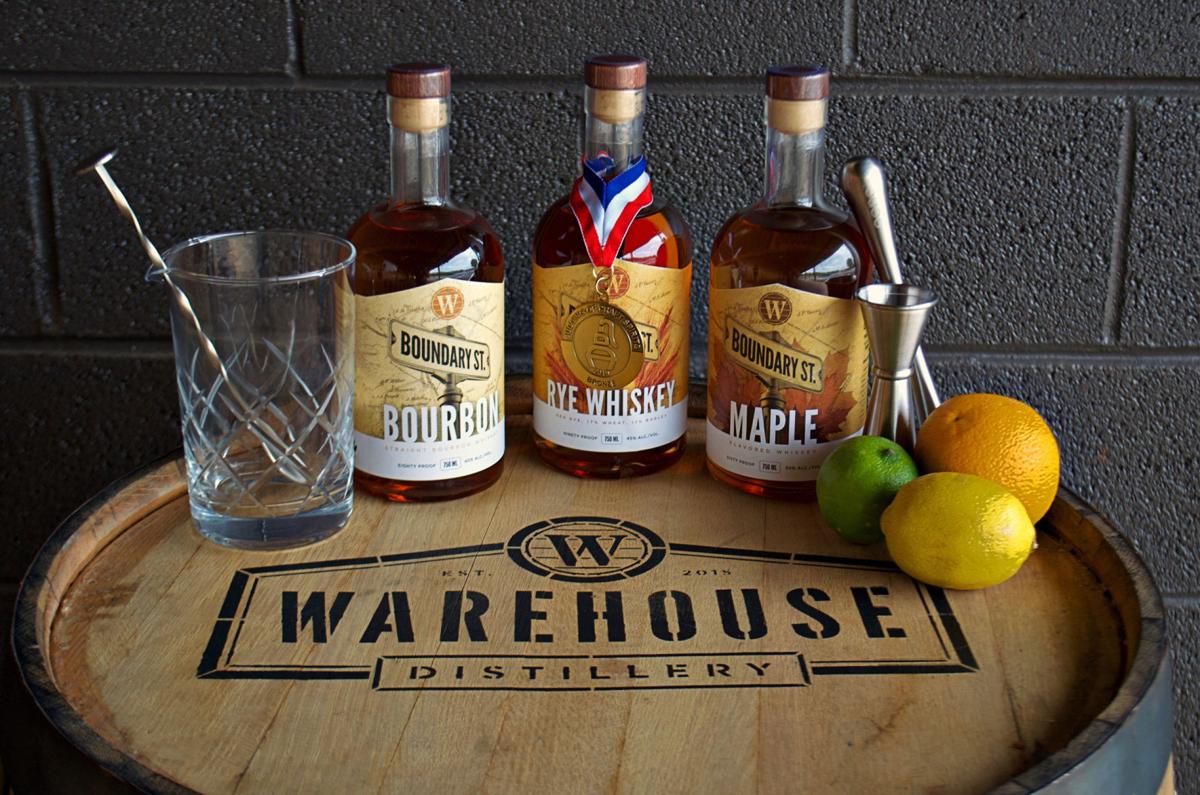 Warehouse Distillery pays homage to its roots with the Boundary Street brand of liquors.

Bourbon and rye are among the liquors produced by Catawba County’s youngest distillery.

Warehouse Distillery pays homage to its roots with the Boundary Street brand of liquors.

Starting this week, the distillery also will be producing hand sanitizer, which will be available to the public as soon as it’s ready. See more about this at the end of the story.

I’d been wanting to talk to Warehouse Distillery’s owners for a couple of reasons. One, I thought it would be fun to highlight a distillery in this, the 100th anniversary of when the 18th Amendment, which prohibited the manufacturing, transportation and sale of alcohol within the United States, went into effect. (It was repealed by the 21st Amendment in 1933.)

And two, I’d heard that two young women were the brains behind the distillery. They are Baillie and her younger sister Andie Setzer. Their business partners (and parents) are Stephanie and Ron Setzer.

The foursome established a corporation in November 2015 and released their first batches of whiskeys in June 2018. The facility is on one side of a building that the parents already owned. On the other side is Stephanie and Ron’s granular spill absorbent business, Abzorbit.

Stephanie explained that the distillery was the result of “a conversation at the kitchen island.”

There were a couple of issues “on the island”: Half the parents’ building was vacant, and Andie had just graduated from UNC-Greensboro with a degree in entrepreneurship and was trying to decide what to do with it. She didn’t want to be “stuck in an office,” she stated, and she did want to remain in Catawba County.

Thrown into the discussion was the ongoing conversation about a family friend who’d gotten into the brewing business.

Around this time, “North Carolina began allowing distilleries to have tasting rooms and sell a bottle at retail,” said Baillie. “This opened up an interest for us. We all have an affinity for craft beverages and locally made products.”

“We wanted to do something different,” said Andie, saying there already were several breweries around. “We wanted to be at the forefront of an industry instead of jumping into one that already has a strong presence.”

So, a distillery. They would become Catawba County’s third one, joining Foothills Distillery in Conover and Gunpowder Creek Distillers in Hickory.

The family needed a business plan. They looked to their new graduate, who accepted the challenge and set about determining goals and how to achieve them.

From Baillie came a different, but equally important, set of skills. After earning a degree in hospitality from the University of South Carolina, she’d moved to Charleston, where she tended bar as well as managed bars and restaurants. She told her family she’d help with the distillery from afar; she didn’t plan to return to Catawba County.

A little time elapsed, and Baillie gave moving more consideration. The cost of living was edging higher and higher in the wildly popular Charleston area, and Baillie was single. Plus, she already was tired of working long hours and holidays. She missed her family.

As for the dad’s role in all this, Ron is known among his partners as “the chief visionary officer,” though what he really does is the physical/mechanical work of distilling. “The literal heavy lifting,” said Baillie.

The business has two stills, one mash tun and four fermenters. Baillie pointed out that their 300-gallon still, which is used for their whiskeys and neutral grain spirits, is a hybrid pot-column still. This is noteworthy, Baillie suggested, because it combines two forms of distillation. With the exception of the words “still” and “spirits,” I was pretty much lost in this explanation, so I just took Baillie’s word for it all. To be so new to the art of distilling, she and Andie are exceptionally knowledgeable.

They said they did lots of research; joined the American Distilling Institute, which provided many resources; and attended a number of seminars and conferences. They also talked to several people in and out of North Carolina, each of whom offered advice based on their varying degrees of experience.

I wondered about research and development. Andie said they have a “baby still” that’s used to test recipes, mash schedules and the process. She said Baillie and Ron understand the science behind distilling, “the art and craft behind the finished products.”

Stephanie said they all work together to decide changes to make, what they want, what flavor palette they’re looking for, and what the market will be for their products. “We chose the craft bourbon and whiskeys because the current demand for those is at a level we could take advantage of,” said Stephanie. “The craft side of it is where we saw our opportunity.”

“Craft” means small scale and that each batch can be a little different. Kind of like my home cooking compared with that of a chain restaurant.

Warehouse Distillery’s rye whiskey has already won an award from the ADI: a bronze medal in 2019. Baillie said people might be surprised to learn that at events, women often choose the rye, which is bolder and higher in alcohol, as their favorite, while men typically prefer the bourbon.

You can make up your own mind by buying bottles of Warehouse Distillery’s spirits, or you can visit the cocktail bar/tasting room that the Setzer family hopes to have up and running in summer 2020. It will be called The Loading Dock, and among the offerings will be a variety of North Carolina beverages. And, there will be food trucks.

The family is suggesting that folks keep an eye on Warehouse Distillery by way of social and regular media for news about The Loading Dock’s grand opening.

Warehouse Distillery’s products are for sale at its 2628 NW Blvd., Newton, facility as well as at area ABC stores. Visitors can enjoy tours by appointment. Just call 828-464-5183 or visit warehousedistillery.com/tours.