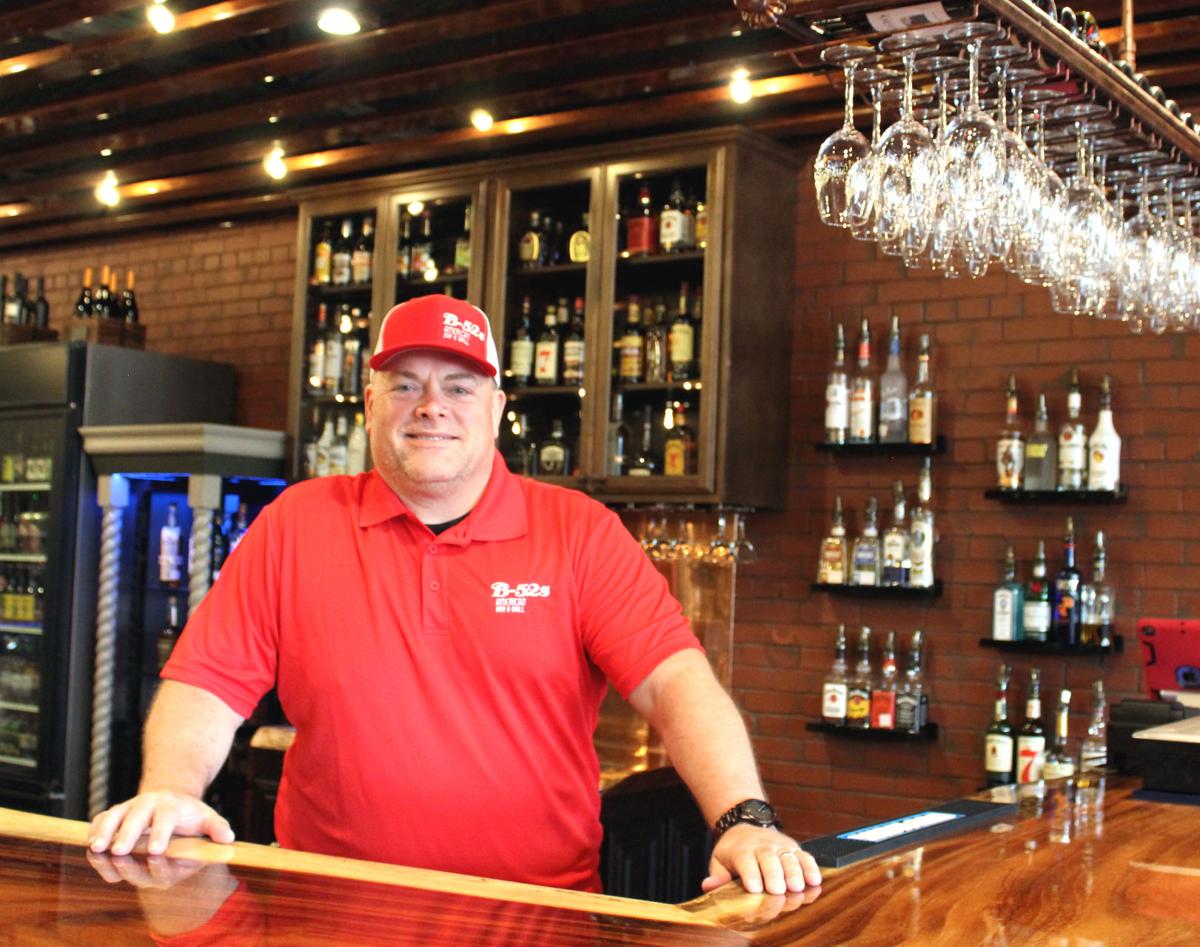 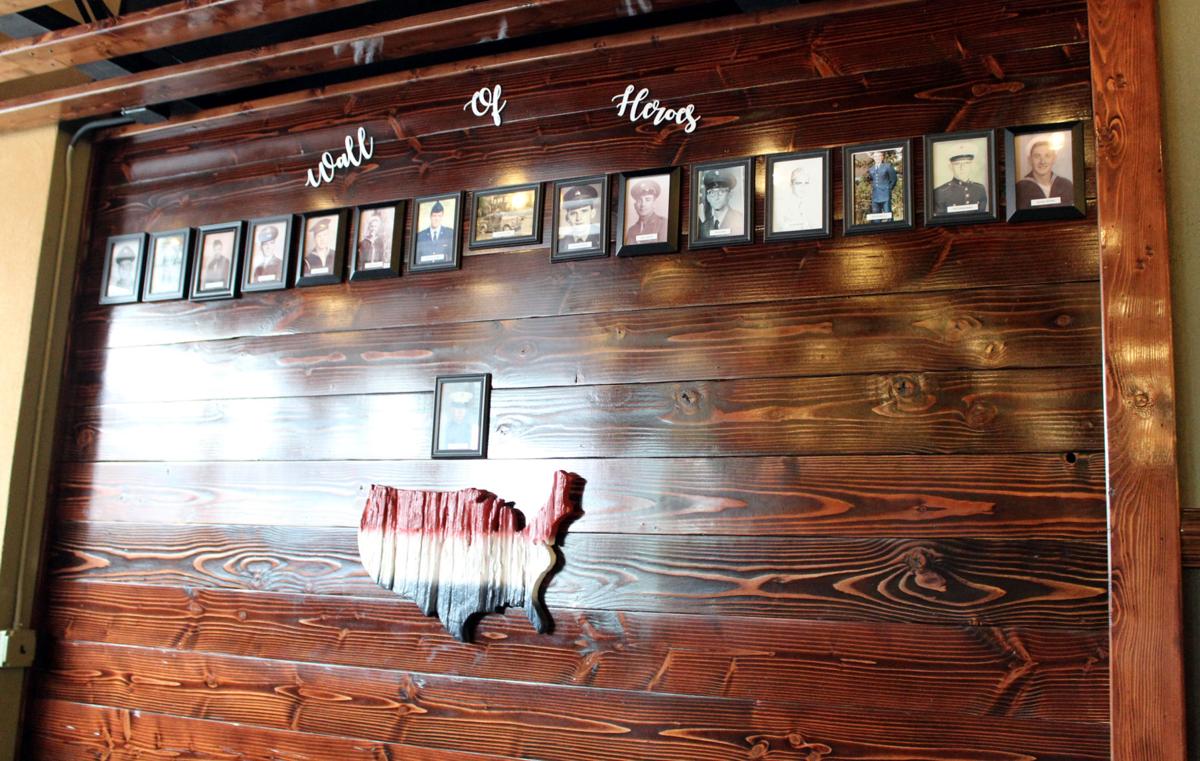 Emily Willis/Hickory Daily Record: Owner and operator of B-52s American Bar and Grill Mitch Ball said the idea for the "Wall of Heroes" came to him in a dream. Now, Ball encourages locals in the community to share photos of their loved ones who served in the American military to be on display at the new restaurant.

As patrons of the Hen & Egg passed the renovated entrance to B-52s American Bar and Grill in downtown Newton on Monday morning, they asked out loud, “How many times is the name of that place going to change?”

Mitch Ball hopes the name of his new veteran and military-themed bar and grill will stick. Cheers Bar and Grill was the previous business to occupy the building.

The grand opening of B-52s American Bar and Grill is today, and Ball said he’s excited to share the vision for his restaurant with the public.

To view more photos, scroll to the bottom of this article.

“This is a place for people to come and celebrate anniversaries and birthdays,” he said. “But at the same time, I want this to be an opportunity for people to escape the daily grind, take a breath and have a little peace.”

Ball describes B-52s menu as, “Americana, feel-good foods.” The menu includes items like cheese sticks, burgers and hotdogs, steaks, salmon and salads, with twists on Southern favorites like barbecue egg rolls and the B-52 burger that has barbecue and pimento cheese on it.

A building in search of an owner

Ball’s restaurant experience began when he decided to end his 17-year career in the cable industry. “I just felt like I was going nowhere fast,” he said.

Once those paths ended for Ball, owners of the Hen & Egg, Lamia and Fred Causby, pitched the idea for Ball to purchase the space beside theirs for a new food establishment.

“(Fred Causby) basically developed all of this (B-52s building),” Ball said. “He has such a great eye for design, and we are the beneficiaries of his dream and we’re just trying to be good stewards of that.”

Ball was hesitant to grab the offer that landed on his plate, but ultimately decided to go for it after getting support from his family.

“To make a long story short, it was a great whirlwind of experience and I was blessed to have family members that believed in me,” Ball smiled.

The B-52s name has a history

At first glance, the name of Ball’s new restaurant coincides with the veteran and military theme. It’s actually not that simple.

“It was derived from my beautiful wife,” Ball said of his wife, Amy. Keeping the outpouring of support from their family in mind, the “B” stands for the Ball family name, and the number 52 comes from Ball’s football number in high school.

When Amy Ball put it together to make B-52, the couple knew a veteran and military theme was meant to be. Also, Ball’s father, Jim Ball, is a veteran Marine whose photo is displayed on the restaurant’s Wall of Heroes.

The Wall of Heroes is Ball’s way of commemorating veterans for their service to the country. He invites folks to bring photos of their veteran family members to hang on the wall.

“I have a passion and heart for our veterans and military, and if God deems it so, we’ll fill up all the walls with photos of veterans,” Ball said. “I’d love for this to be a place where people can come here and say, ‘There’s my uncle,’ ‘There’s my dad.’”

Emily Willis is a general assignment reporter at the Hickory Daily Record.