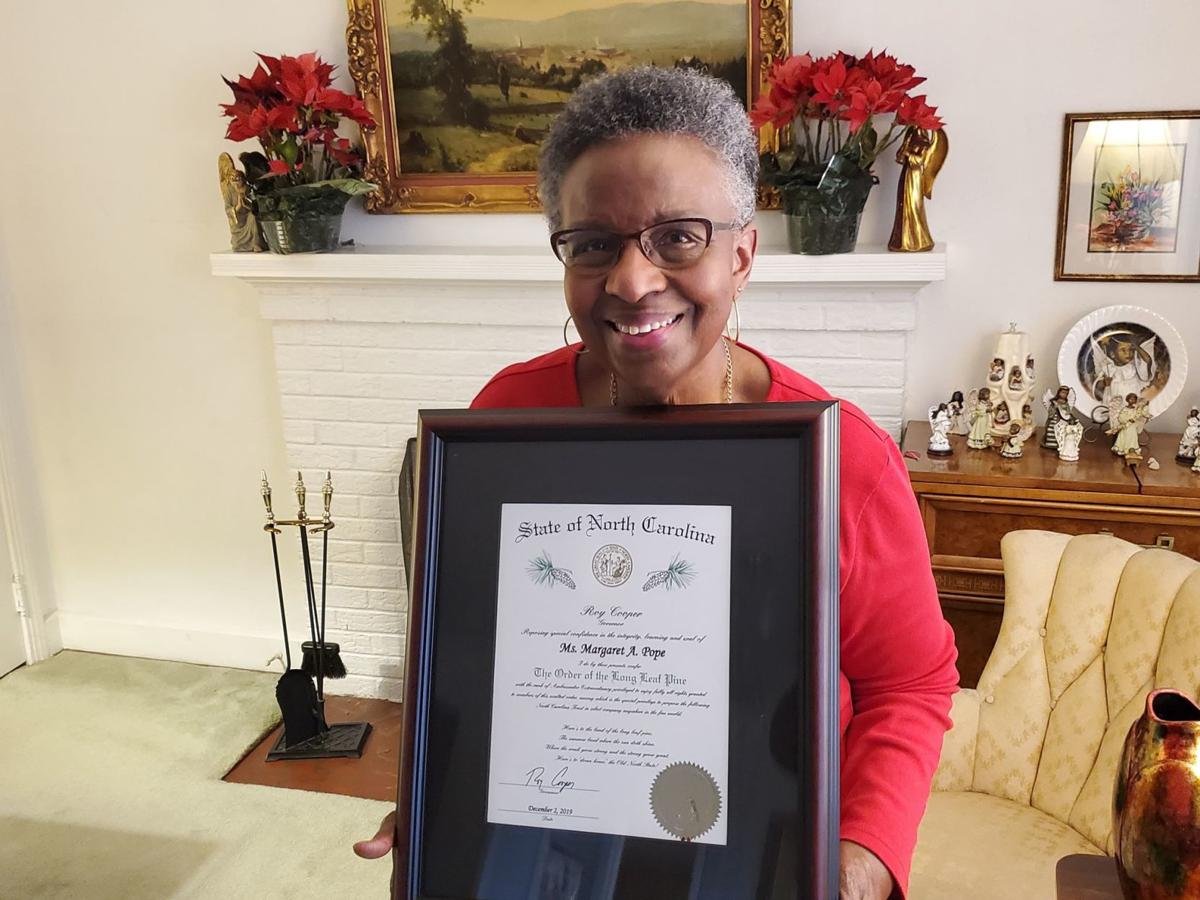 Margaret Pope holds her Long Leaf Pine certificate. The recognition was one of several she received following her retirement from the Hickory school board in December. KEVIN GRIFFIN/HICKORY DAILY RECORD 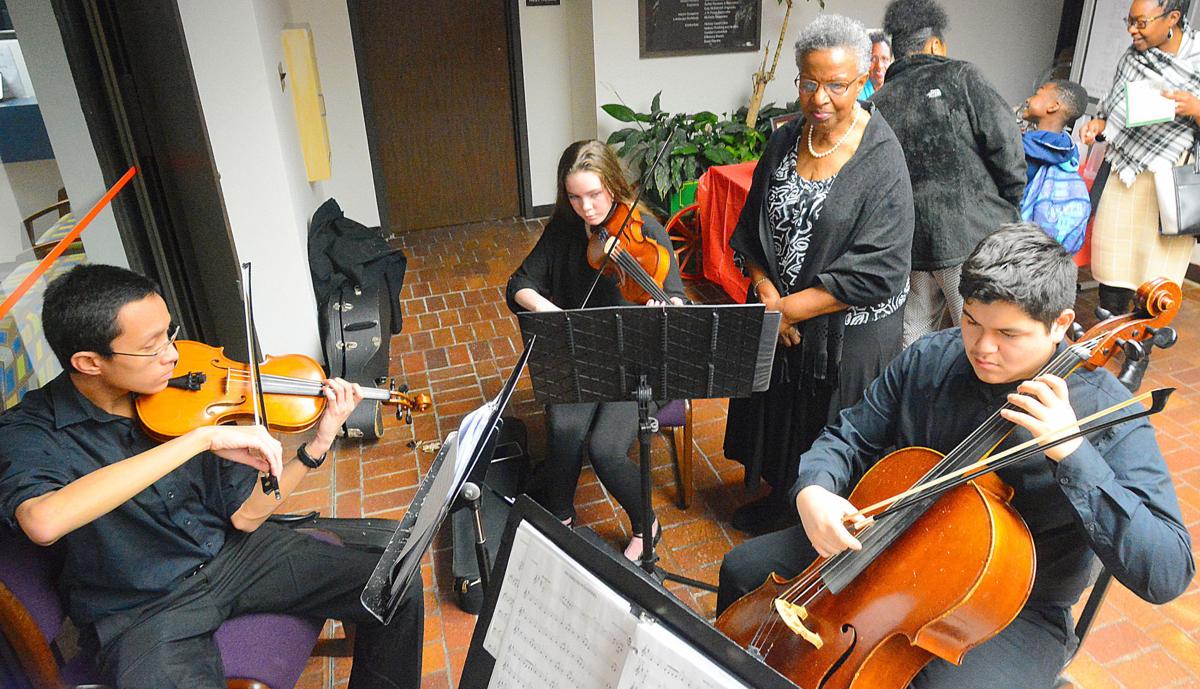 School board member Margaret Pope listens to the Hickory High School Quartet prior to her retirement ceremony from the Hickory Public Schools Board in December.

Margaret Pope holds her Long Leaf Pine certificate. The recognition was one of several she received following her retirement from the Hickory school board in December. KEVIN GRIFFIN/HICKORY DAILY RECORD

School board member Margaret Pope listens to the Hickory High School Quartet prior to her retirement ceremony from the Hickory Public Schools Board in December.

When Margaret Pope retired from the Hickory school board in December after eight years of service, her colleagues paid tribute.

She received the Order of the Long Leaf Pine — a state honor awarded to those “who have shown extraordinary service to the state.”

Pope, 74, said the accolades were a pleasant surprise.

“I am not one who seeks attention or likes to be in the spotlight,” Pope said. “I am humbled by the recognition and kind words that others say about me.”

Pope was born in Newark, N.J., but her parents brought her back to live in Ridgeview when she was less than a year old.

Pope was the second black student to attend Lenoir-Rhyne University. She spent 10 years in various social-work positions in New York City after graduation.

She returned to Hickory and continued her social work career, which included stints at the Catawba County Department of Social Services and Catawba County Schools.

Pope recently sat down to discuss her experiences at Lenoir-Rhyne, her activism in the Ridgeview community and why she likes to stay busy in retirement.

On being the second black student to enroll at Lenoir-Rhyne University:

I was approached by Lenoir-Rhyne inviting me to be the first (black) student there. However, I chose to go to UNCG because it was during the time of integration and I thought that was what I wanted to do.

I got to UNCG and found out that it was just a little bit too big for me, and so I decided after two years to seek other options.

Lenoir-Rhyne still had their arms wide open, so I decided to go to LR. It was a lonesome existence, but it was a good thing.

Being a day student, being an African American, there were not a lot of activities on campus for me, but there were a couple of young women —white females — who were also day students, and we would have lunch together and those kinds of things.

The professors were kind and welcoming. I especially remember Professor Brown — he was an economics professor — and Chaplain Rogers.

That was how I ended up in New York.

On her favorite and least favorite parts of social work:

When I was at the Department of Social Services, I had several different jobs, but I enjoyed working in the adoptions area — the idea of helping children to find forever homes and seeing the joy that it brought to those families who were able to adopt.

The toughest part was having to deal with kids who were in very difficult situations, but we didn’t really have the means to remove them.

On her activism in the Ridgeview community:

When I first came back from New York, there were several people in the community who were actively trying to make things better for the community.

(They) had an organization going, and I was approached and asked to join them, and that organization was called Concerned Citizens of Ridgeview.

(It was) a small group trying to actively make changes. We had a newsletter going at one time.

We often met with City Council persons. Anything that we could do to try to get people more invested in the community, more involved and politically active.

On staying busy in retirement:

I’ve been through a lot health-wise, and I’m just thankful that I’m still able to be on my feet and go.

I’m glad that I can do things like Meals on Wheels. I work with the Habitat for Humanity family selection committee, and I’m new to the board.

I’m glad to do whatever I can to help anybody that I can.

When I was working, there were times when I was really struggling with the arthritis. And some people would say: “Well, why don’t you retire? When you going to retire? Go out on disability.”

I said, “I’m going to work until I can’t get out of my bed anymore.” So that’s my attitude. As long as I’m on my feet and able to go, I am going to continue to do what I do to try to make a difference wherever I can.