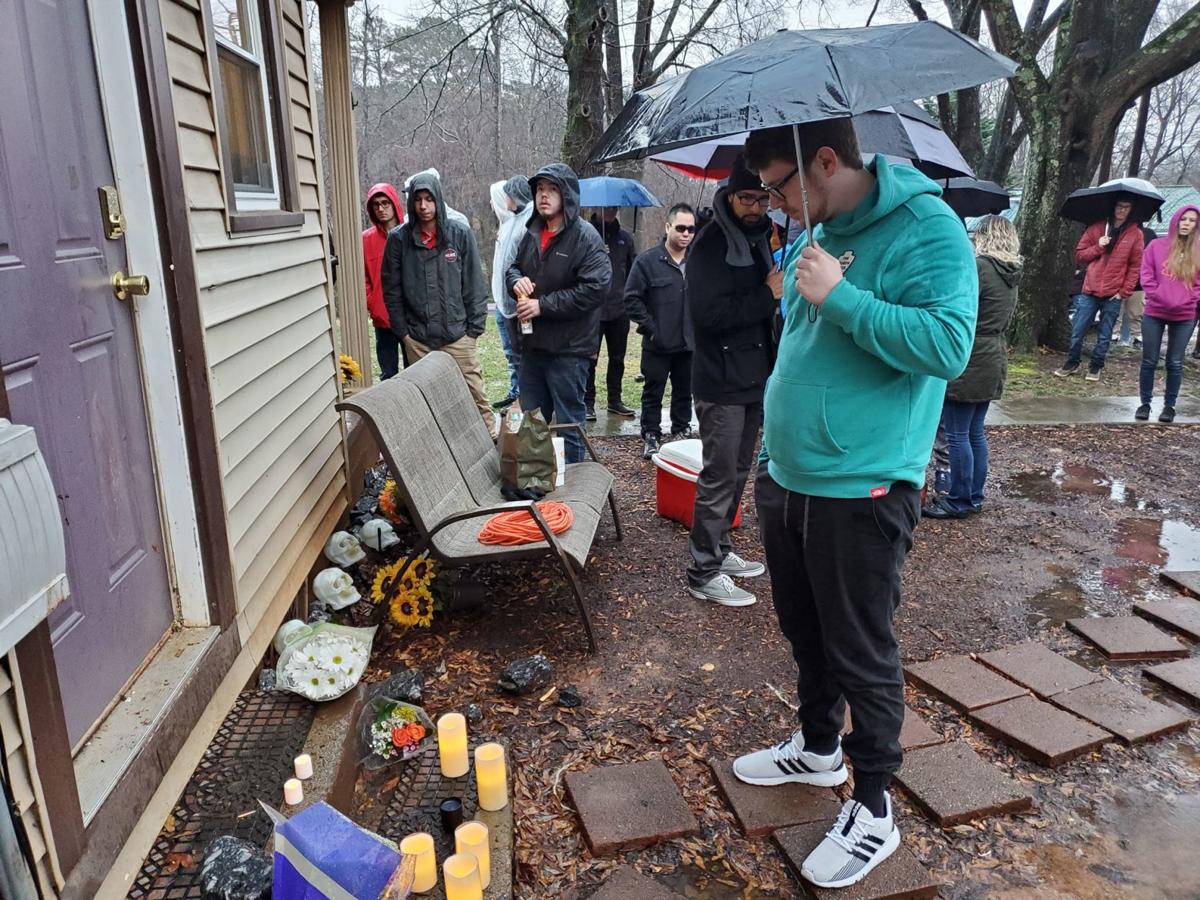 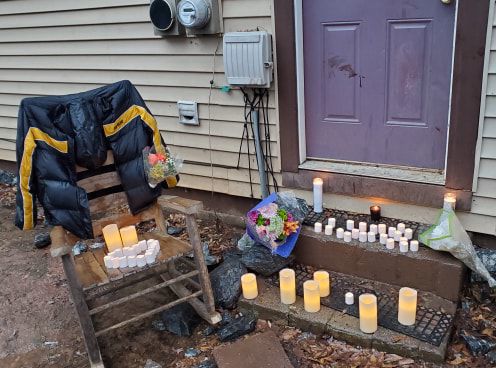 Andres Moscotte’s friends and loved ones gathered in the pouring rain outside of his home Friday evening to honor him a little less than 24 hours after he was killed.

A group of more than 20 people gathered outside of the home to light candles and support one another. Flowers, candles and a chair with Moscotte’s jacket were placed outside the door of the house.

Charlie Hilton described his friend Andy as a kind and joyful person. At the time of his death, Moscotte was studying at Catawba Valley Community College to become an HVAC technician.

Hilton said he saw Moscotte two hours before he was killed.

“The last thing I said to him was a joke,” Hilton said. “I told him I was going to leave and he goes, ‘Good, I don’t want you here anyways.’ I said, ‘I don’t want to be here.’ Of course, we loved each other.”

Hilton said Moscotte put up cameras that captured audio and video after the house was broken into last year.

“They were certainly rolling at the time of this event,” Hilton said.