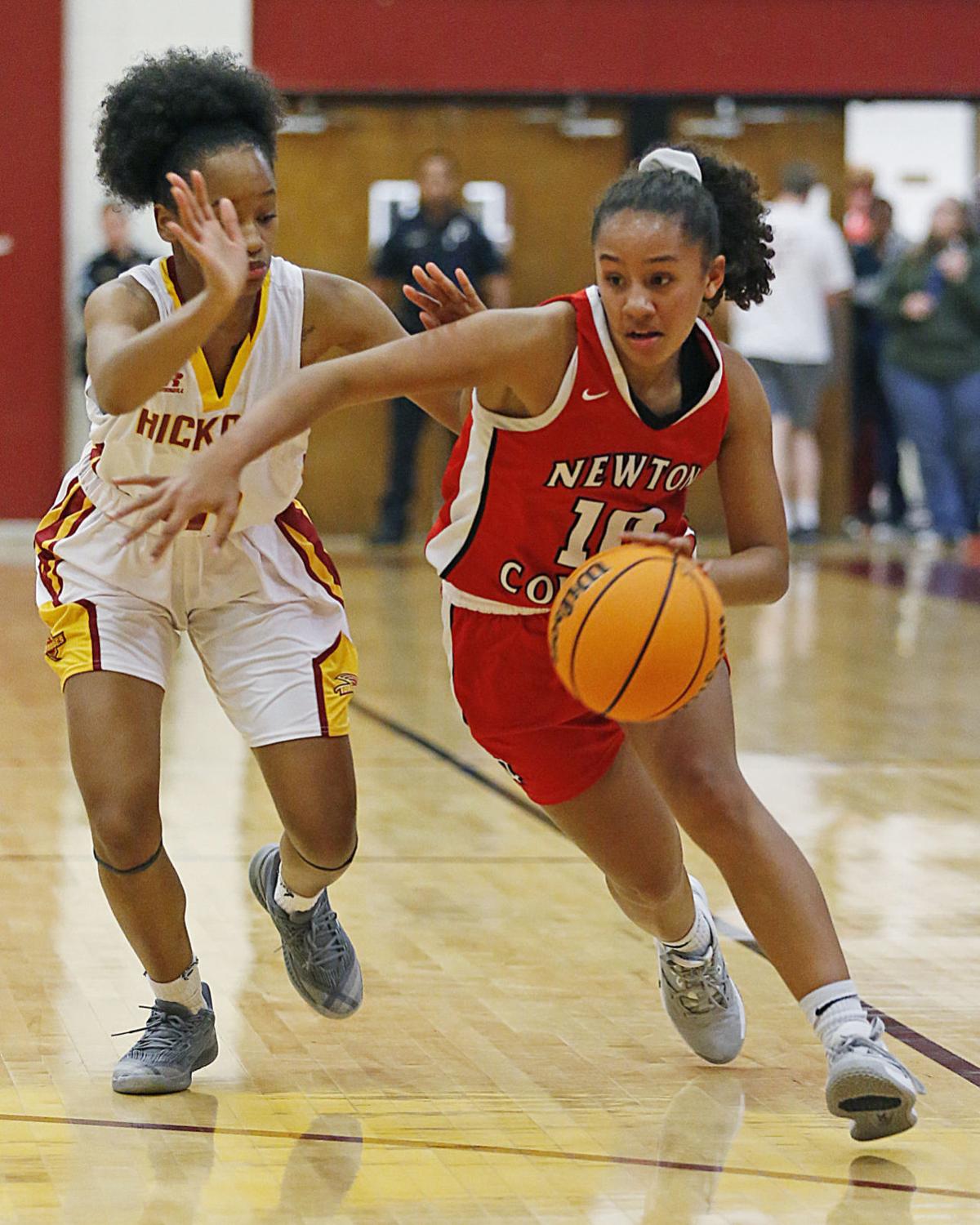 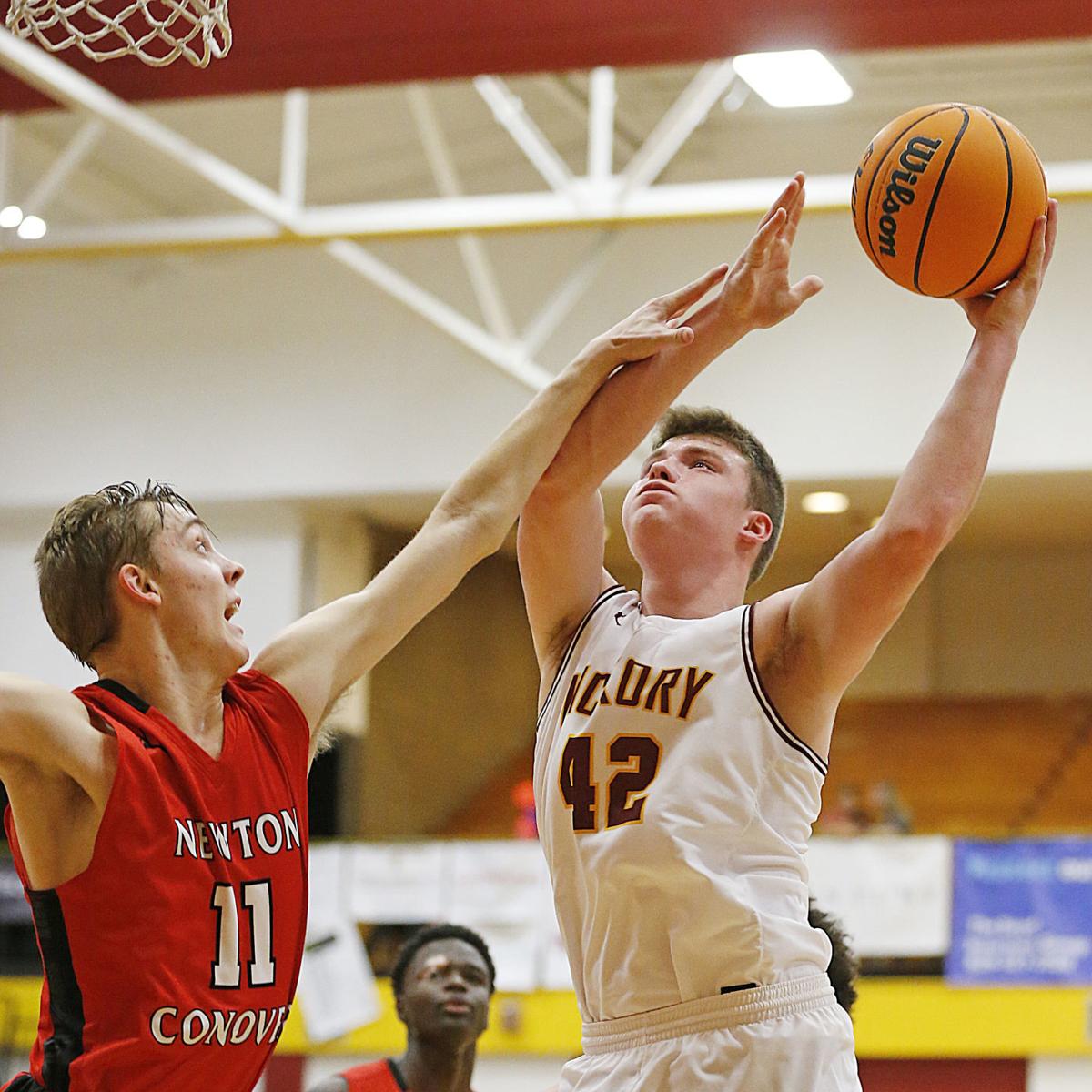 Entering Friday night’s game at Hickory, Newton-Conover’s girls basketball team had not won a game at Craft Gym in the decade of the 2010s. In what was an intense game throughout, the Red Devils survived and claimed a 44-41 win.

After losing 16 of 17 to the Red Tornadoes from 2011 to 2018, Newton-Conover (5-1) has won three in a row against Hickory (4-2), which includes a sweep of the current regular-season series dating back to last December’s Dick’s Sporting Goods Classic final at Catawba Valley Community College. As listed by MaxPreps.com, Newton-Conover had not won a game at Hickory since before 2008.

While head coach Sylvia White was uncertain of the program’s last win at Craft Gym, she is aware of the significance of the feat by the Red Devils.

“When you get a sweep of Hickory, it’s a good year,” said White. “Coach (Barbara) Helms does such an amazing job and she’s done it year after year. No matter what kind of talent she’s got, she’s going to play you hard.”

With five players combined listed at 6-foot and taller, the game figured to have a focus on inside play. That amped up the intensity at times, which led to two double foul calls and two double technicals. However, none would have more impact than those called in the final minute.

With the score tied at 38 with under a minute to go, a play at the Hickory offensive end of the floor collapsed with a pass that sailed over the Hickory bench. Helms furiously signaled she had called a timeout prior to the turnover, but the officials disallowed the request and signaled the turnover to Newton-Conover. Continuing to contest the call, she received two technical fouls and was ejected, while assistant Brandon Helms received the third technical.

Shooting the technicals, Chyna Cornwell made just 2 of 6 from the line, but that put the Red Devils up two with 46.6 seconds left.

Needing to foul to extend the game, Hickory sent Jahlea Peters to the line, where she hit two free throws.

A double technical called with 3:28 remaining in the fourth quarter fouled out Hickory point guard Chloe James. Six-foot forward Finley Lefevers (19 points, 12 rebounds) took control and scored 12 of Hickory’s 14 points in the fourth quarter. A foul sent her to the line with a chance to cut the deficit to two. After making the first, she missed the second, but got the rebound and was fouled again. Lefevers made both to get Hickory within one with 18.6 left.

Newton-Conover’s Cassidy Geddes was fouled and after making the first free throw, she missed the second. However, the teams fought to a held-ball situation which turned it over to the Red Devils. Cornwell made 1 of 2 free throws for the final margin, which held in the final 5.6 seconds as Geddes stole a pass to end Hickory’s final possession.

After the game, an unhappy Helms chose her words carefully during the postgame interview, electing to focus on the intensity of the game itself.

The offenses maintained the ball well much of the game with a manageable 22 turnovers combined, but neither team shot the ball well. The teams made just 1 of 21 shots from 3-point range. However, second-chance points made a difference. Despite Hickory holding a 20-19 advantage in offensive rebounds, Newton-Conover had a 20-10 margin in second-chance points. Hickory made 18 of 59 on the night with several missed shots from close range. The Red Devils ended the game 13 of 39 from the field and 1 of 14 on 3-pointers.

Cornwell finished with 17 points and 13 rebounds, but much of her scoring came on the offensive glass and at the free-throw line (7 of 14). An effective box-and-one denied her the ball with the Red Tornadoes’ perimeter players cutting off passes. Turnovers and fast break opportunities stretched a 9-7 lead after one quarter to 15-7 with 6:49 left in the first half.

“I thought that Finley Lefevers, Aysha Short and Chloe James did a good job of controlling the ball from the outside,” Helms said. “That was a big positive for us to get Chyna off the boards and kept her from touching the ball.”

However, Cornwell was able to get loose enough on the glass and with seven points in the quarter, Newton-Conover trailed 17-16 at the break.

“Our kids did not lose composure,” said White. “They just kept chipping and chipping and not trying to get it all back at once.”

Newton-Conover was able to get a four-point lead early in the third quarter before Hickory reasserted itself and led after three. That lead held until Cornwell’s free throws on the technicals.

“We never expected it to be easy,” White said. “We knew we were going to have to battle. If a few things had gone a different way it could’ve been a different game.”

Both teams take a break for exams before returning to action late next week. The Red Devils will host Lincolnton on Friday to start the South Fork 2A Conference season, while Hickory will open Northwestern 3A/4A Conference play Thursday at McDowell before visiting Statesville on Friday.

The Red Tornadoes opened up a close game early in the fourth quarter to remain unbeaten this season (5-0). Four of the five starters for Hickory scored in double figures, led by Davis Amos, who scored 12 of his 24 points in the fourth quarter as the hosts’ lead grew from four to 58-48 with 5:10 left.

Cody Young had 17 points, including three 3-pointers. Nick Everhardt had 12 inside and Dallas Culbreath also had three treys as part of his 11-point night.

Mathew Martinez had seven of his 12 points in the first quarter to help the Red Devils surge to an 18-13 lead.

The teams traded the lead seven times in the second quarter before Culbreath’s corner jumper put Hickory up 34-31 at the half. The Red Devils tied it twice in the third quarter, the last time coming at 43-all with 2:43 left after Jaheim McCathern followed his missed shot. But Hickory scored the final five in the quarter and never trailed again.

Both teams take a break for exams before returning to action late next week. Hickory will open Northwestern 3A/4A Conference play Thursday at McDowell. The Red Devils will host Lincolnton next Friday to start the South Fork 2A Conference season.

Hickory travels to McDowell on Thursday for both teams’ Northwestern 3A/4A Conference opener before visiting Statesville on Friday, while Newton-Conover entertains Lincolnton on Friday in a South Fork 2A Conference tilt.

Burke COVID-19 death toll rises to 15; there were 39 new virus cases this week in Catawba County

Another Burke County resident has died of complications of COVID-19.