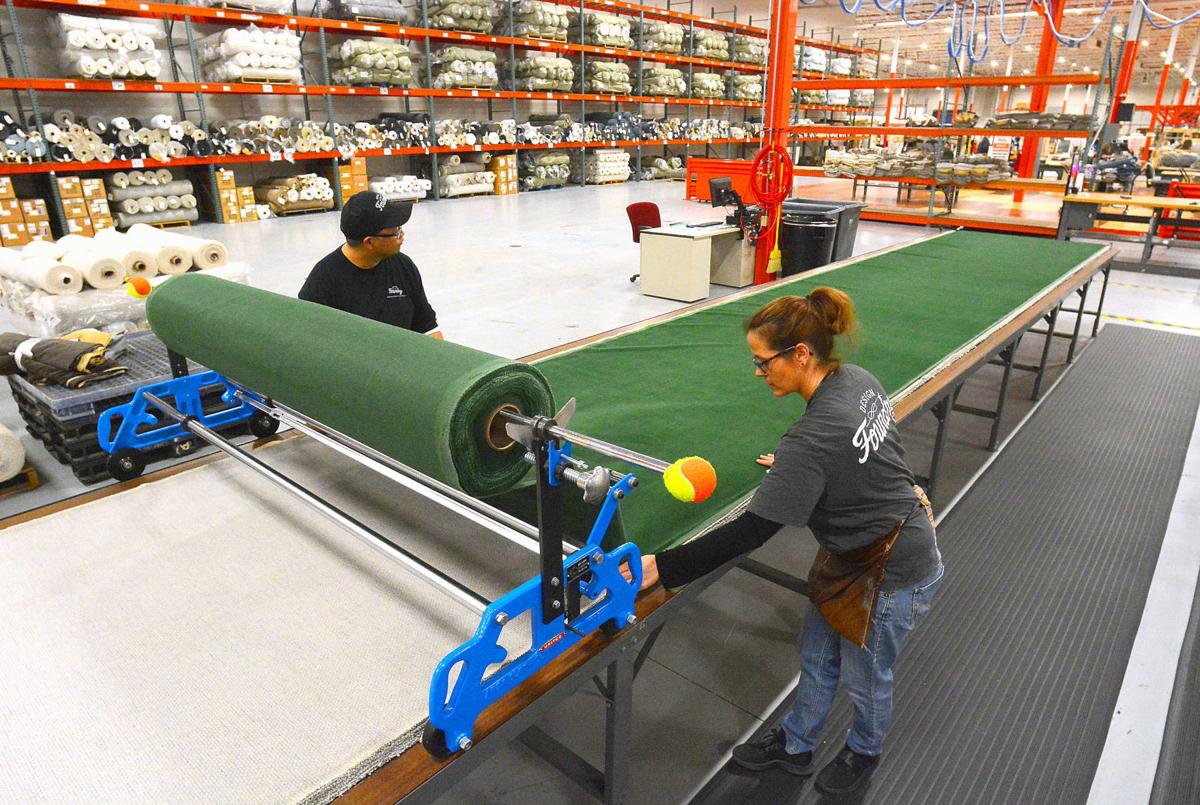 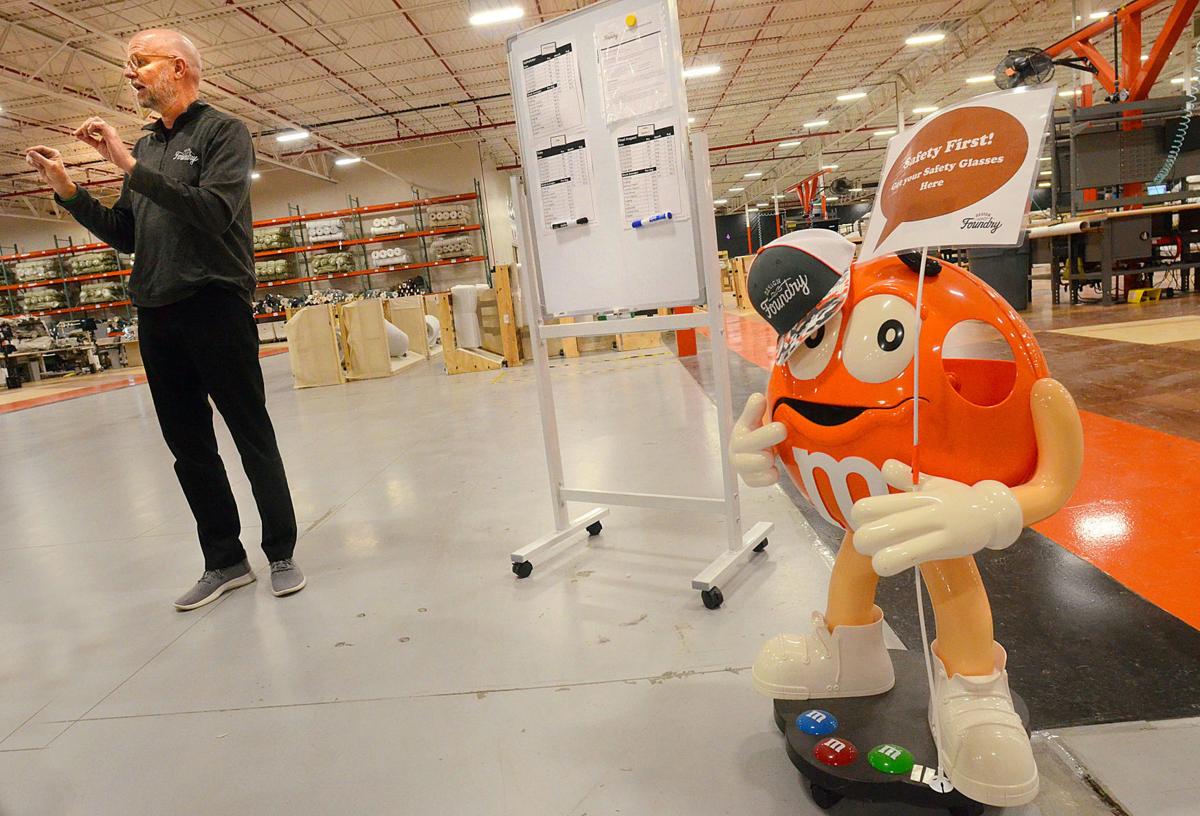 Eric Fulcher, president and CEO of Design Foundry, discusses the future of the furniture industry. 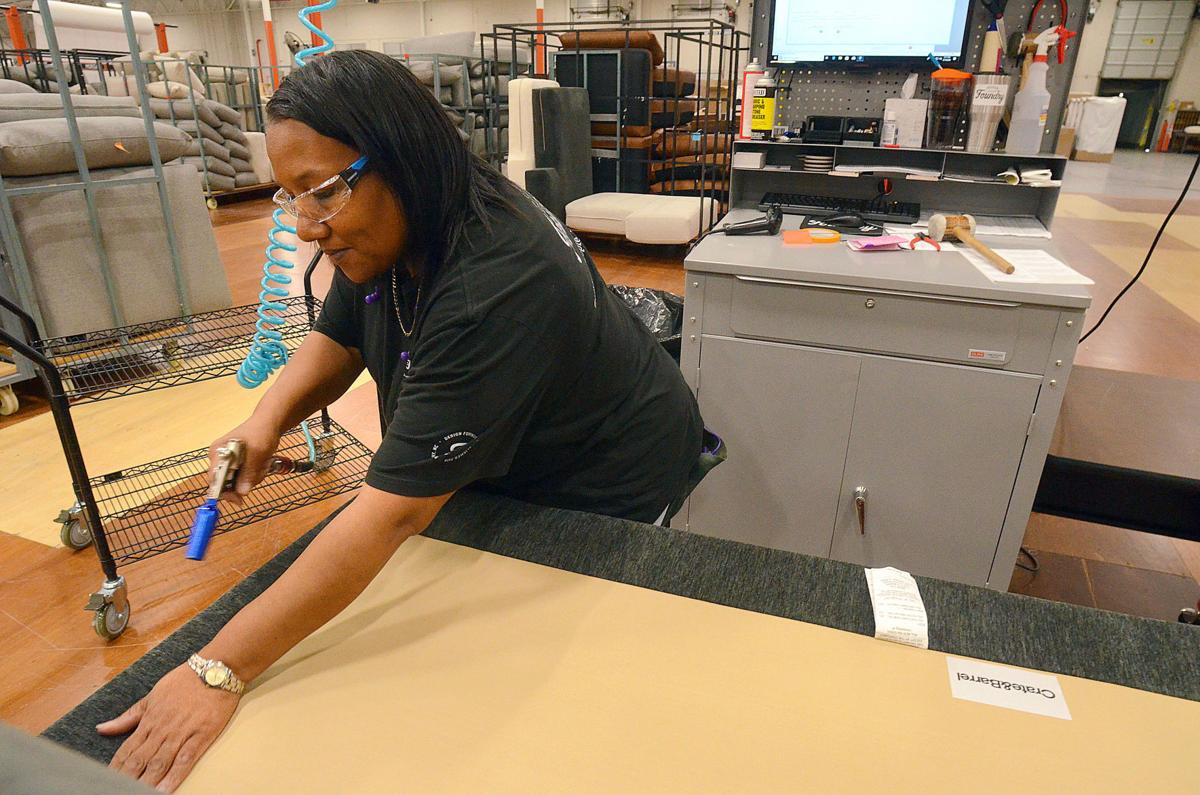 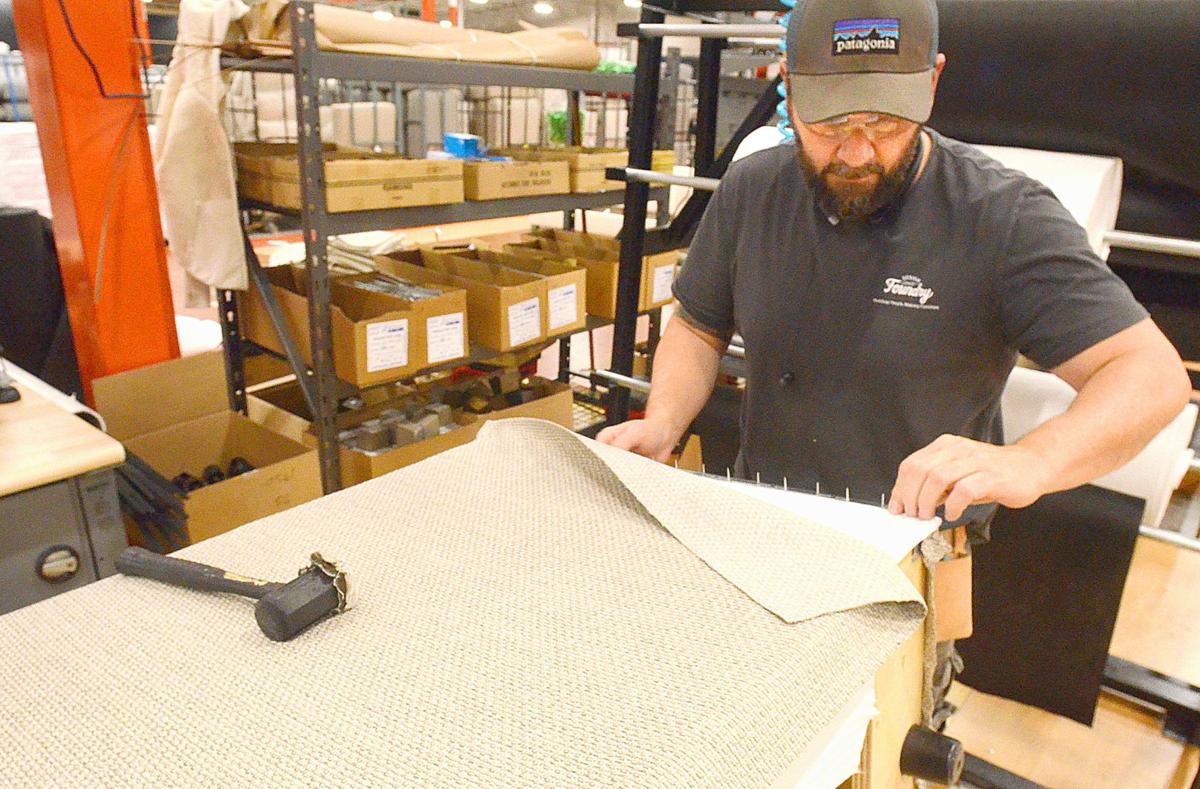 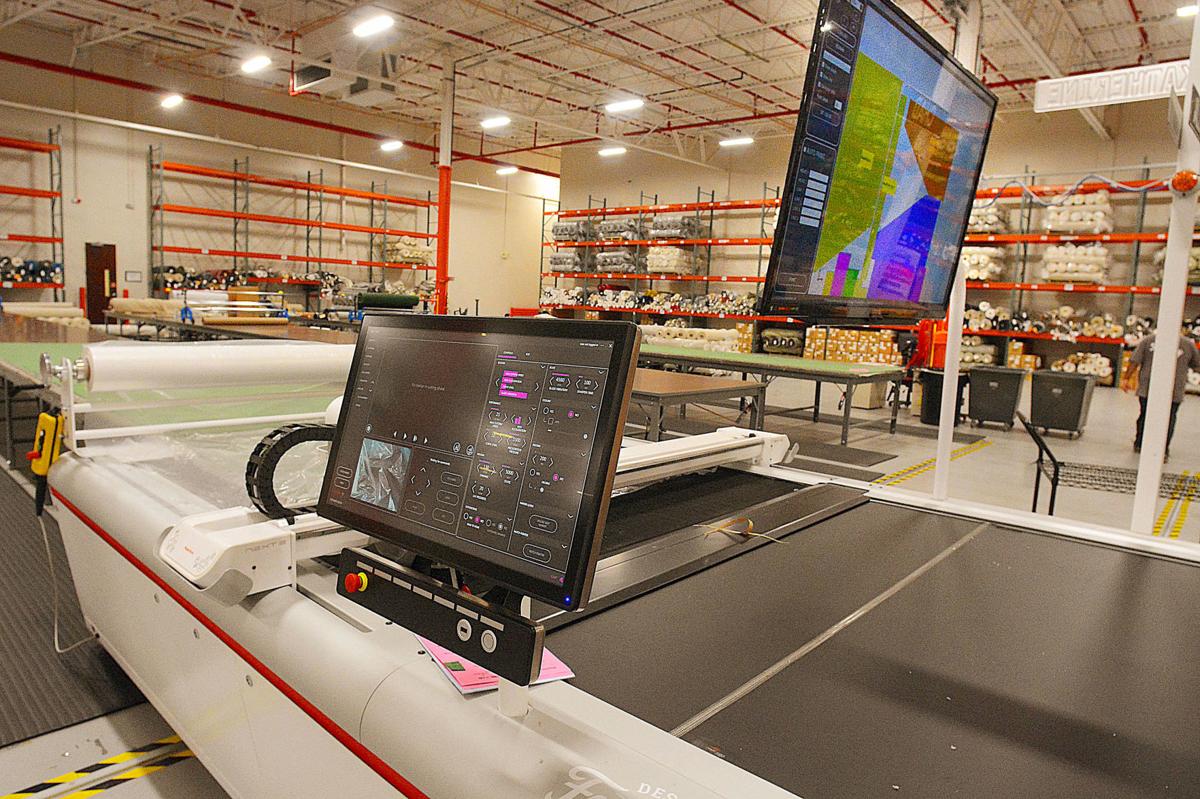 Eric Fulcher, president and CEO of Design Foundry, discusses the future of the furniture industry.

Eric Fulcher’s long legs carry him in swift strides through his furniture plant.

His footsteps resonate as he crosses wooden floors. The plant is bathed in light by hundreds of fluorescent bulbs hanging from high, white ceilings. On each sewing and upholstery station he passes, there is a computer monitor and a nameplate for each employee.

Fulcher is president and CEO of a furniture company, but he doesn’t want it to resemble a furniture company of the past. It’s not a dark, dingy place where workers fade into the anonymity that sometimes comes to mind when people think of working at a furniture plant, he said.

He hopes his model will get people, especially younger people, interested in furniture. Not just at his business, Design Foundry, but in the industry in general.

“As we grow, that’s a primary focus (attracting young people),” he said. “We missed a generation of that already.”

The region has a rich history in the art of furniture making, and Fulcher wants to bring people back to craftsmanship while moving forward with technology, he said.

“That’s what we do in this community is make things, and I don’t think we should shy away from that,” he said.

Design Foundry opened in March 2019 in a former Baker Furniture building off 22nd Street Southeast in Hickory. Fulcher is reluctant to call it a company. “We don’t call ourselves a company; we’re a community,” he said.

While the company does make furniture for a national retailer, Fulcher’s focus is his employees and creating a home for them at the company. Design Foundry uses technology and other additions to make the workplace more comfortable, welcoming and efficient, he said.

The wooden floors under the production areas, like sewing and upholstering, offer workers a little give under their feet, making it more comfortable to stand all day, Fulcher said. The bright lights ease eye tension. Each sewing station has an adjustable desk to allow workers to sit or stand as they work. The upholstering stations have mechanical lifts so workers can lift the pieces to their height to work, rather than bending over or lifting heavy objects.

A large, computer-run CNC machine is used to cut all of the fabric, taking any complications out of the position. It also makes the industry more accessible to people who have never worked in furniture, Fulcher said.

“Because the machine is so intuitive, we can ramp up the time it takes to train someone,” he said.

As time goes on, Fulcher plans to add more technology to the process to ease worker strain and make things go even faster, he said.

The company goes all out for birthdays, Fulcher said. The ice machine is from a Chick-fil-A and is just the right consistency. There’s no limit on vacation days.

And the nameplates at each station give everyone identity, he said.

“It’s a little thing, but everyone wants to be called by their name,” Fulcher said. “It’s part of building this community environment.”

Fulcher also wants to contribute to Hickory, he said.

Five percent of Design Foundry’s profits goes to local charities, and another 5 percent goes toward apprenticeships the company has for people in need, Fulcher said.

All of the Design Foundry employees also go out each quarter and volunteer at nonprofits together. The effort helps employees feel closer to one another and their community, he said.

“We want folks to feel a part of this, a part of something,” he said.

As the company grows, Fulcher wants to recruit more young people, but he also has career furniture makers in the mix. Those people can pass their institutional knowledge to the next generation, he said.

Fulcher himself has a long background in furniture. He started out at Bernhardt Furniture Co. in Lenoir and moved among companies for years before starting Design Foundry.

About 120,000 square feet of that building is still unused, so the business has room to expand, Fulcher said.

While Fulcher wants to make a good product, he sees the real product of their work as people.

“We’re about enhancing a whole person’s life … and making furniture is just a vehicle we use to do that,” he said.

I don’t understand “There is no limit on vacation days.”

Means you can take the year off if you please ;-P