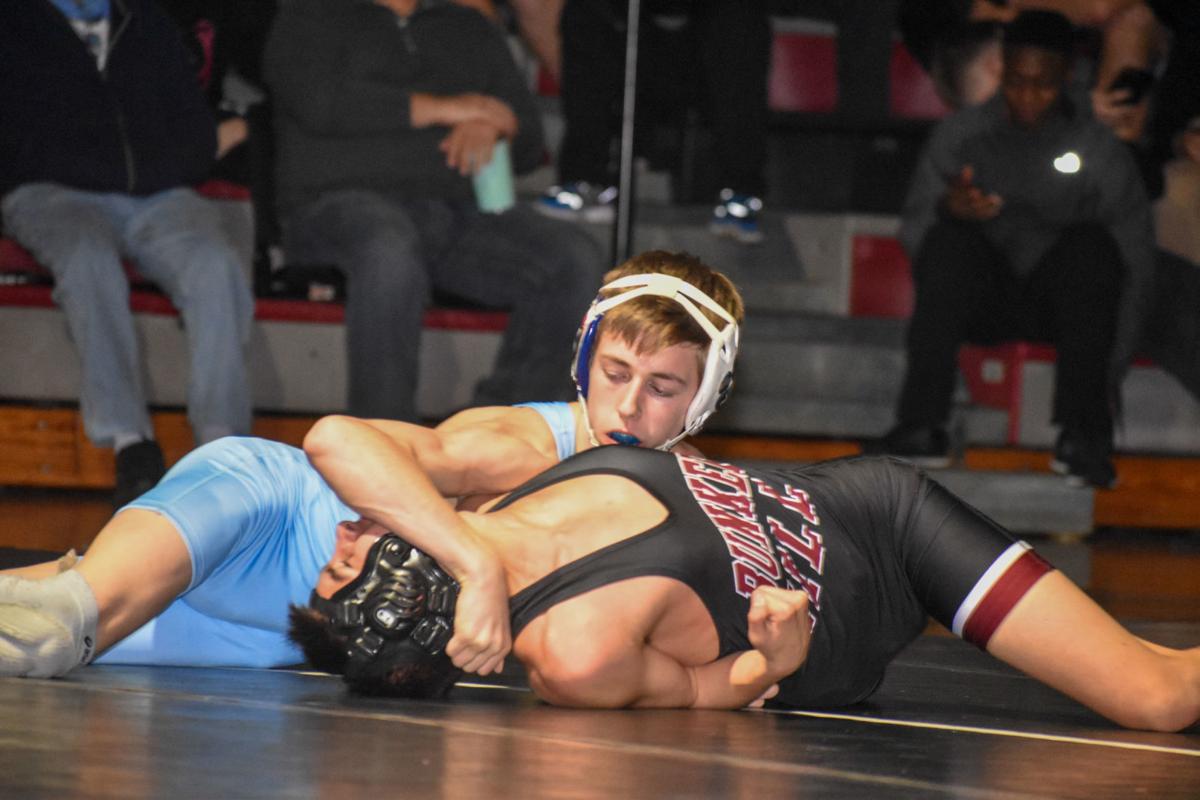 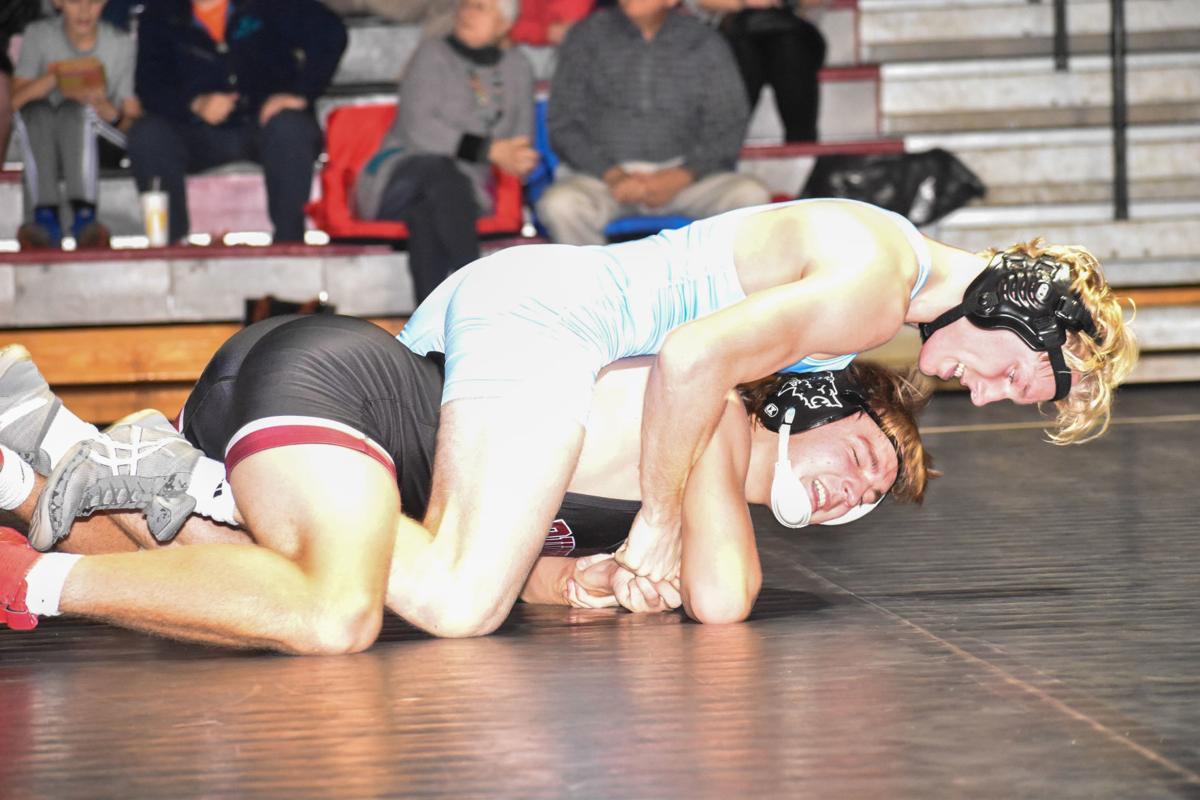 CLAREMONT — Depth is important in any sport, and the Fred T. Foard wrestling team appears to have the deepest squad in the Northwestern Foothills 2A Conference. The Tigers put forth another strong performance on Tuesday night, defeating Bunker Hill 61-12 behind seven pins and three technical falls.

In a matchup of the teams that have finished first and second in the conference each of the past two seasons, the Tigers easily dispatched their county rivals. For the Bears, their only wins came from the two grapplers they recognized before the match as part of their Senior Night festivities — Aaron Bryant and Casey Bolick.

“I’ve been here five years, they’ve been with the program four years,” Bunker Hill coach Michael Mays said of his seniors. “They’ve worked hard, they earned those wins; they punch the clock every day in the wrestling room, they’re good leaders of the program. I’m sad to see them go.

“It’s hard to beat tradition at any level,” he added of what makes Foard so tough. “Collegiate, professional, high school, it’s tradition. Our kids are starting to get the tradition around here, we’re starting to believe in each other. We’re 23-2 right now and we’re young, we’re starting nine freshmen and sophomores out of 14 weight classes. … The kids love each other regardless of what the score is on the board, we’re cheering for each other. We’re growing as a family.”

The night began with the 138-pound bout, which saw Braden Wharton of Foard (32-0, 3-0 Northwestern Foothills 2A) face off with Bunker Hill’s Jose Hernandez. After building a 13-0 lead entering the third period thanks to a pair of near-falls, Wharton pinned Hernandez at the 4:57 mark to give the visitors a 6-0 advantage in the match.

The Tigers won the next two bouts as well. After Jacob Belton (182) pinned Chandler Icard in 51 seconds, Landon Foor (195) won by forfeit to increase Foard’s lead to 34-0.

Bunker Hill (23-2, 2-1) was able to stop the bleeding thanks to back-to-back pins from their seniors. Bryant (220) pinned Mo McAfee in the final minute of their bout, while Bolick (285) added a last-second pin of Andrew Jackson in the first period of their heavyweight tilt.

“We’re real pleased with where we’re at right now,” Foard coach Mike Carey said. “Obviously we’ve got to get better, but I was real happy with our 145 (Dalton Jackson), we knew that was gonna be a toss-up match but he’s getting back healthy and he’s getting better and he did real well. And we competed up and down the lineup, scored a lot of points, turned a lot of people. That’s what you want to do in this sport.

“Mike Mays has done a heck of a job for Bunker Hill. They’re probably the second best team in our conference,” he continued. “They’re well-coached, they’re competitive. We just came in and were fortunate enough to have a good night. We had a great result, but we’ve still got to improve.”

Foard hits the road for the Kannapolis Duals on Saturday before hosting Patton, West Iredell and nonconference Oak Hill (Virginia) in a quad match next Tuesday. Meanwhile, the Bears travel to McDowell for a quad match against the Titans, Hickory and St. Stephens on Friday.