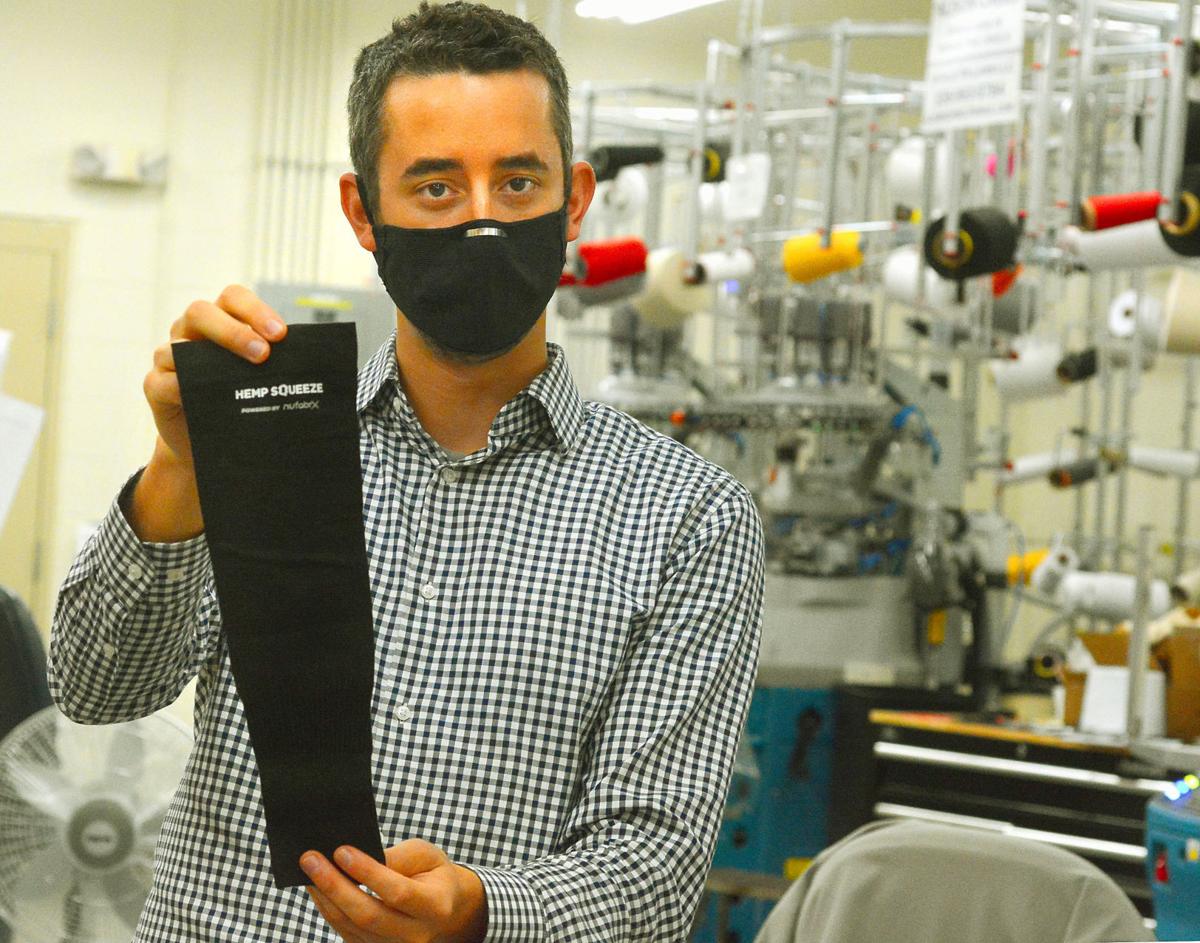 Jordan Schindler, founder and CEO of Nufabrx, displays an arm sleeve his company is manufacturing. The same sleeves are being turned into masks. 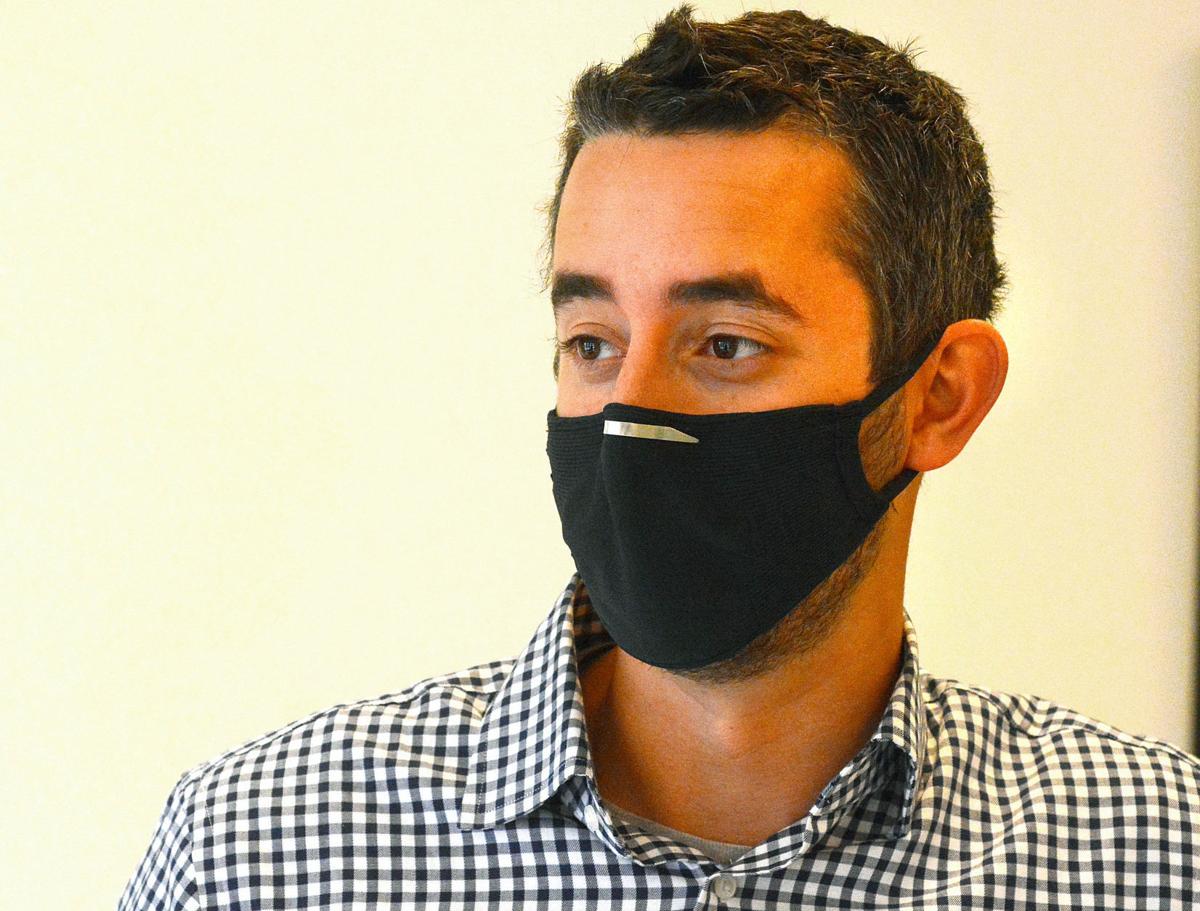 Jordan Schindler, founder and CEO of Nufabrx, sports a face mask that his company is manufacturing due to the shortage of masks during the coronavirus outbreak. 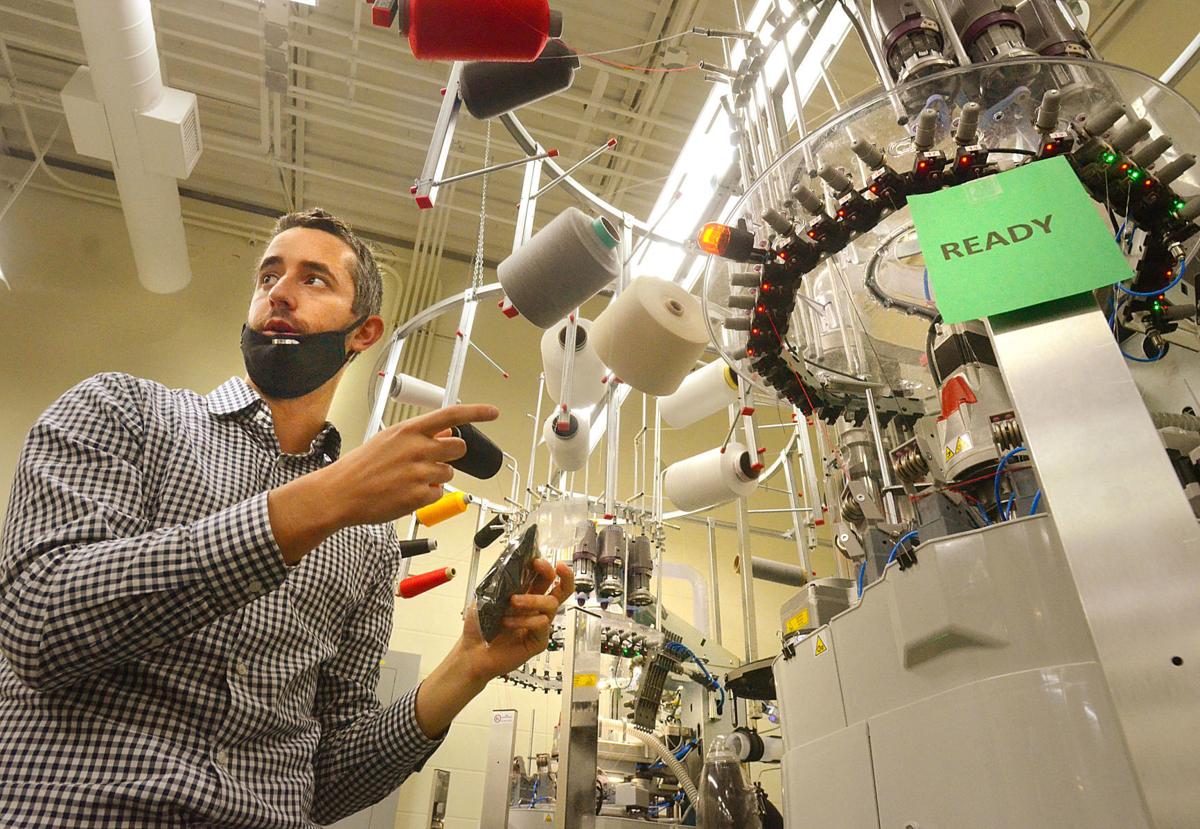 Jordan Schindler, founder and CEO of Nufabrx, discusses the technology his company uses in the manufacturing process.

Jordan Schindler, founder and CEO of Nufabrx, displays an arm sleeve his company is manufacturing. The same sleeves are being turned into masks.

Jordan Schindler, founder and CEO of Nufabrx, sports a face mask that his company is manufacturing due to the shortage of masks during the coronavirus outbreak.

Jordan Schindler, founder and CEO of Nufabrx, discusses the technology his company uses in the manufacturing process.

A week and a half ago, Jordan Schindler’s company made medicated fabric for socks, compression sleeves, gloves and workout clothing. Its focus is now turned completely to antimicrobial medical masks.

In an effort to help with the medical mask shortage caused by the coronavirus pandemic, Schindler’s Conover-based company, Nufabrx, is making only medical masks for now.

“There’s a sense of helplessness right now,” Schindler said. “But I think this gave us focus.”

Nufabrx started with pillowcases. In college in 2011, Schindler was plagued by acne. He struggled to find a fix until his dermatologist told him to wash his pillowcase three times a week.

Instead, Schindler came up with an idea to put medicine into the fabric of a pillowcase, so it caused good rather than harm.

Nine years later, the company is using the same patented idea to put CBD into gloves, anti-cellulite cream in yoga pants, capsaicin in knee sleeves and IcyHot pain cream in socks — which the acne-free, 20-something CEO wears himself.

As the novel coronavirus spread, the supply of medical masks worldwide and in the United States tightened. Many masks are made outside the U.S., and shipments were delayed as needs in other places, such as China, grew. That left medical practices, hospitals and the military searching for masks.

There was a need. Nufabrx shifted to help meet it.

“Some of our investors were asking if we make masks, and I kept saying no,” he said. “Then I thought maybe we should make masks.”

The development team sat down, drew up plans for an antimicrobial, copper-fabric mask and got to work. It was testing prototypes two days later.

The antimicrobial fabric is made into the same leg compression sleeves they make for other products, then the fabric is cut and sewn into masks. Their production is mostly done at Bossong Medical in Asheboro.

With the masks, more steps are involved like adding elastic ear straps and a metal nose rest, so Schindler is still trying to figure out how quickly production and the supply chain can move. He hopes quickly. Orders for the masks are already coming in. One organization is asking for a million masks. Production isn’t quite there yet, but Schindler hopes to soon be producing 100,000 to 200,000 a week.

The masks will go to medical personnel. “We want them to go to people who need them most,” Schindler said.

Schindler said the quick development, testing and completion wouldn’t have been possible without the resources at the Manufacturing Solutions Center in Conover Station. There, the product can be produced and tested to the highest degree. It’s what drew Schindler to bring his company from Seattle to Conover.

“They are so uniquely situated. Nowhere else has this,” he said.

Thank you Jordan Schindler. Sending pride and admiration to your company and staff--our hometown heroes!